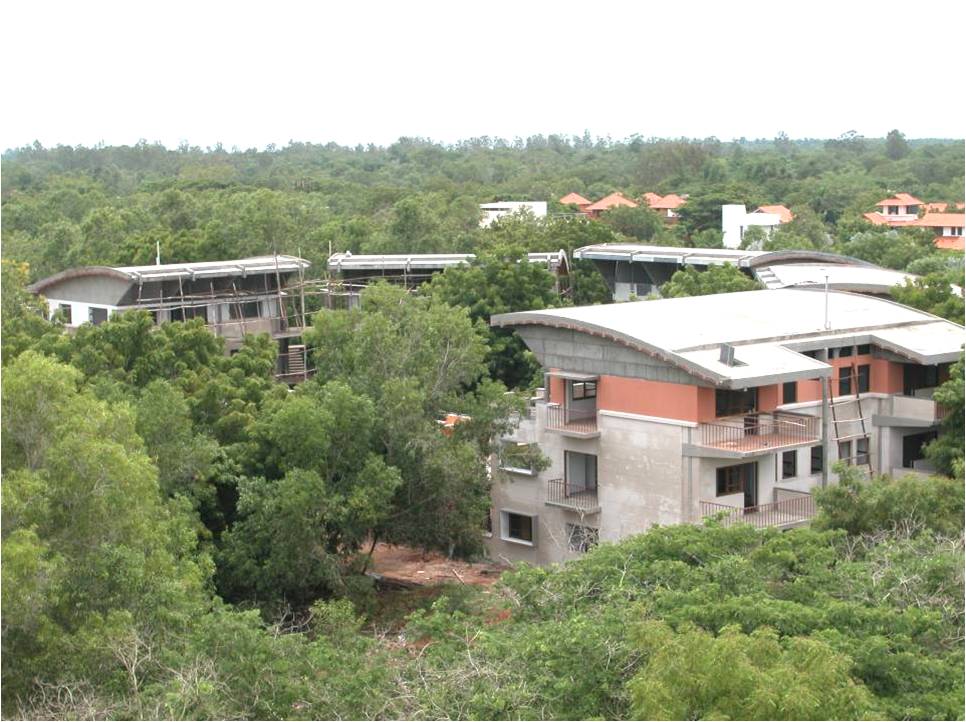 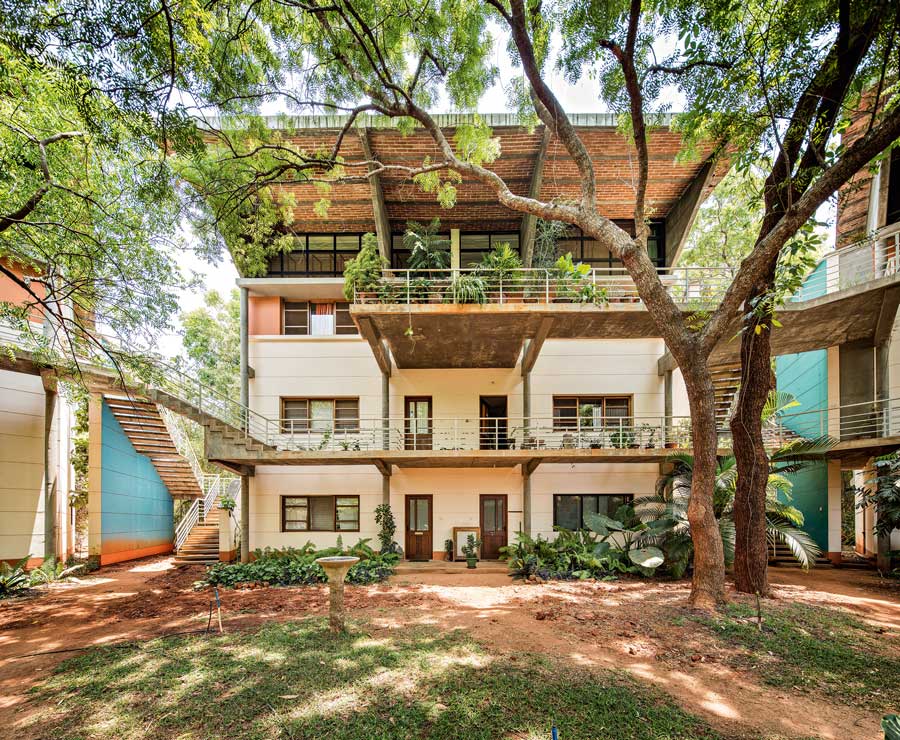 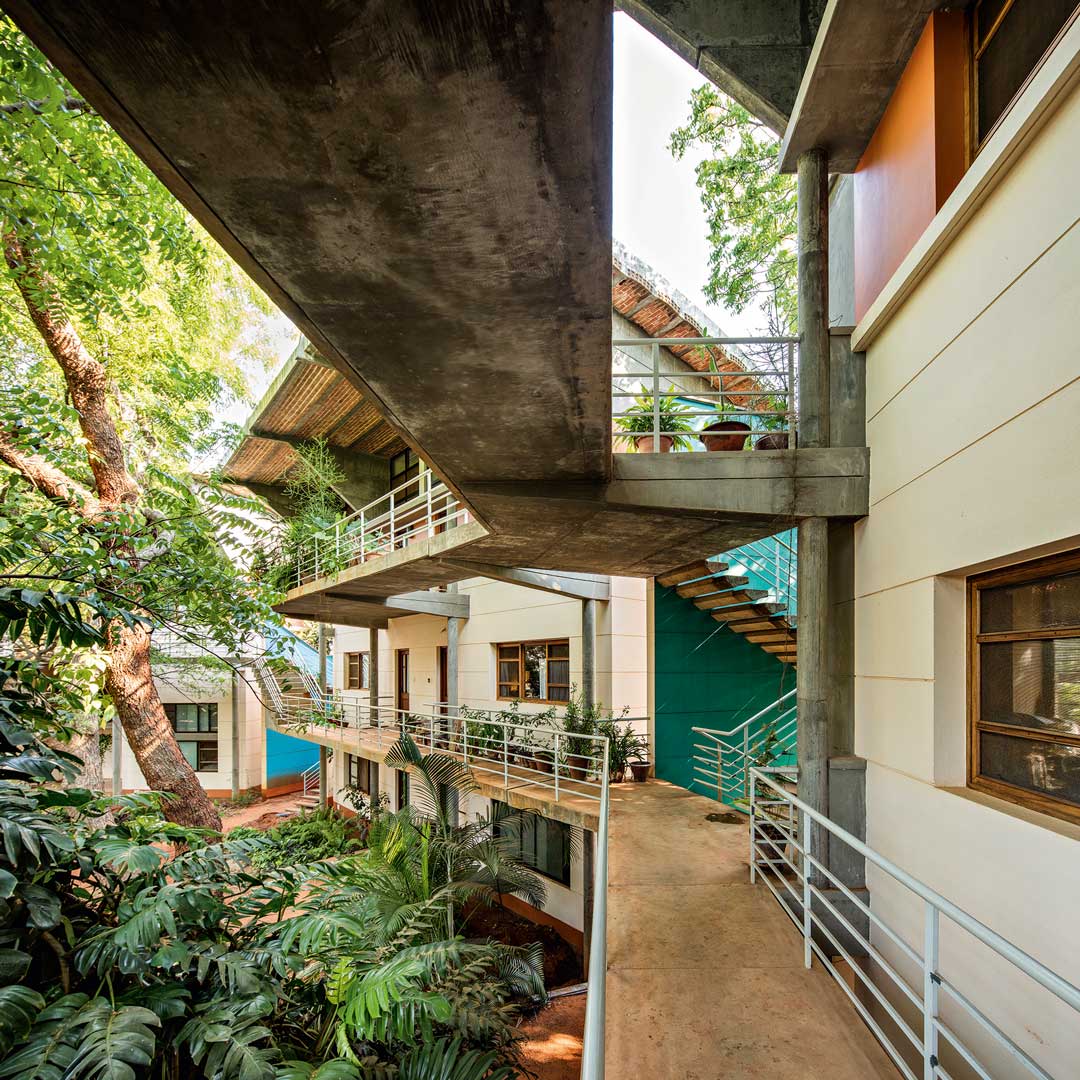 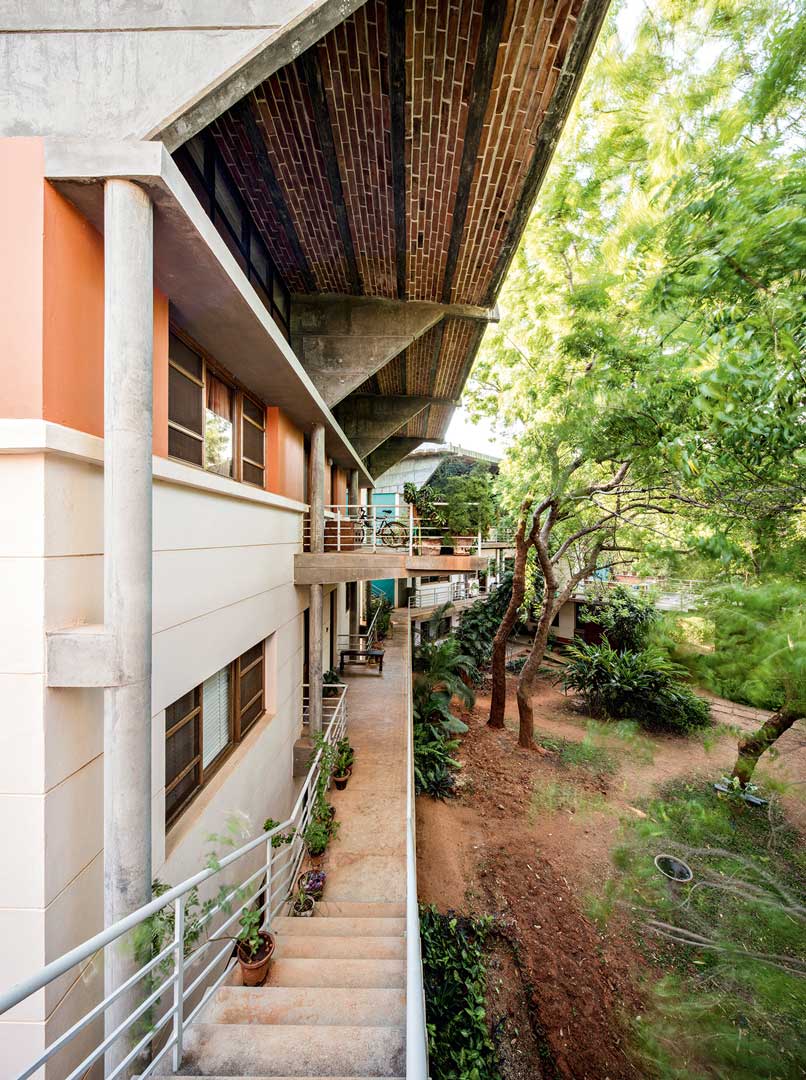 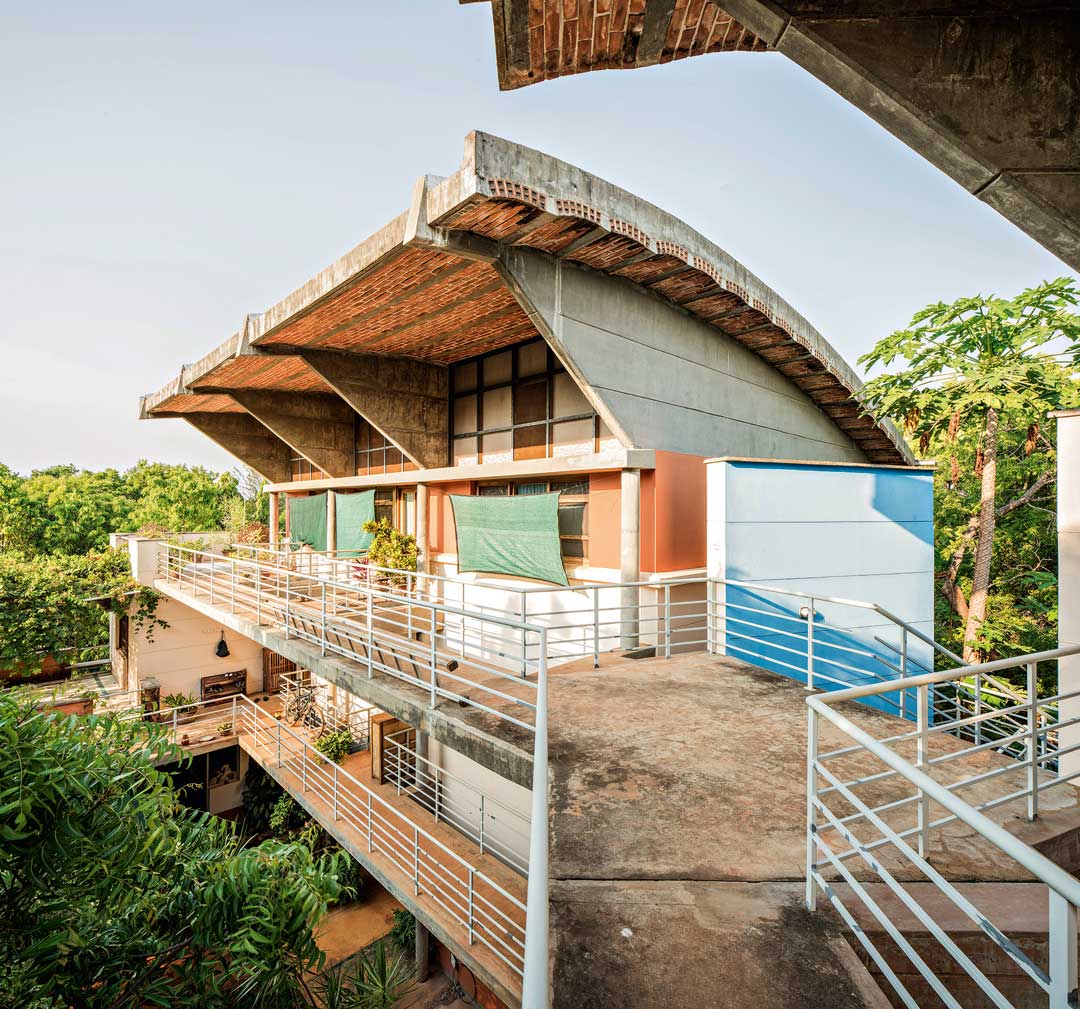 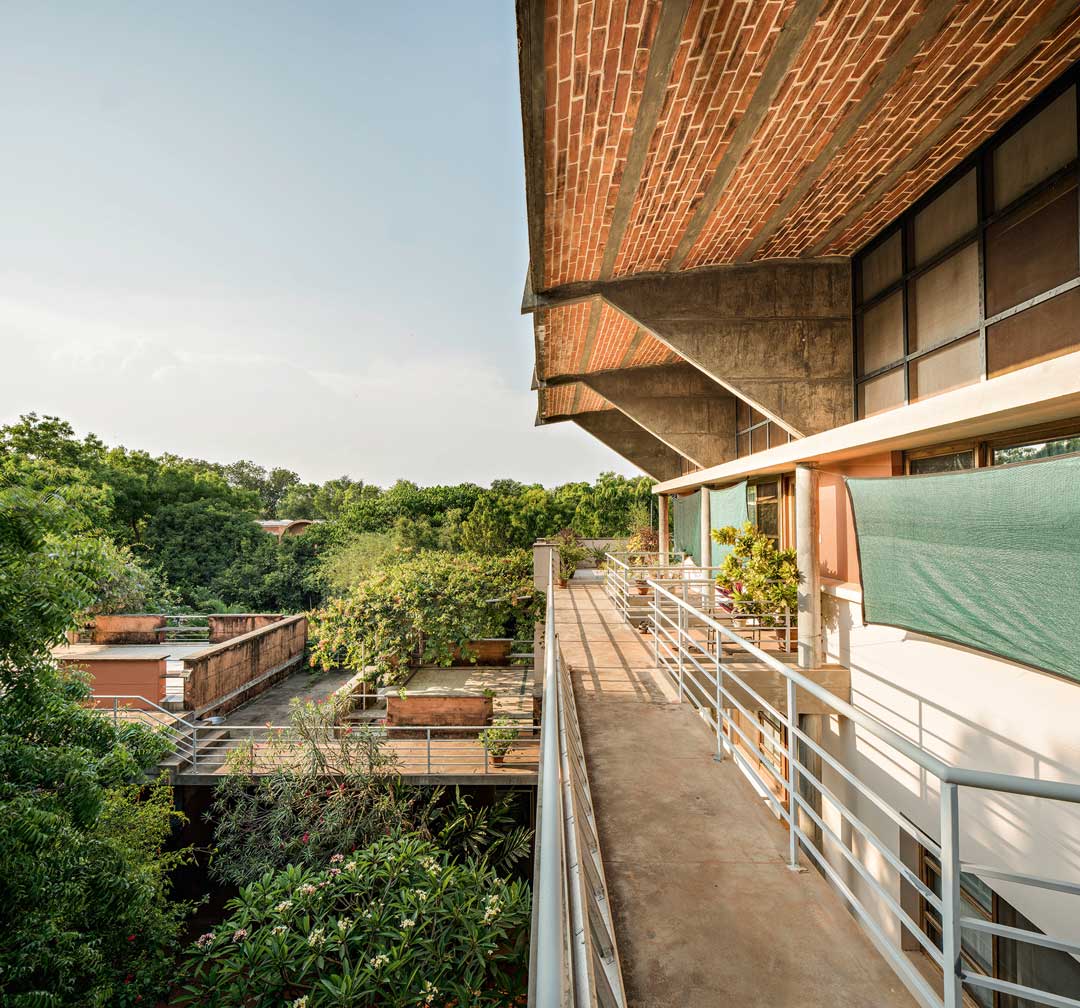 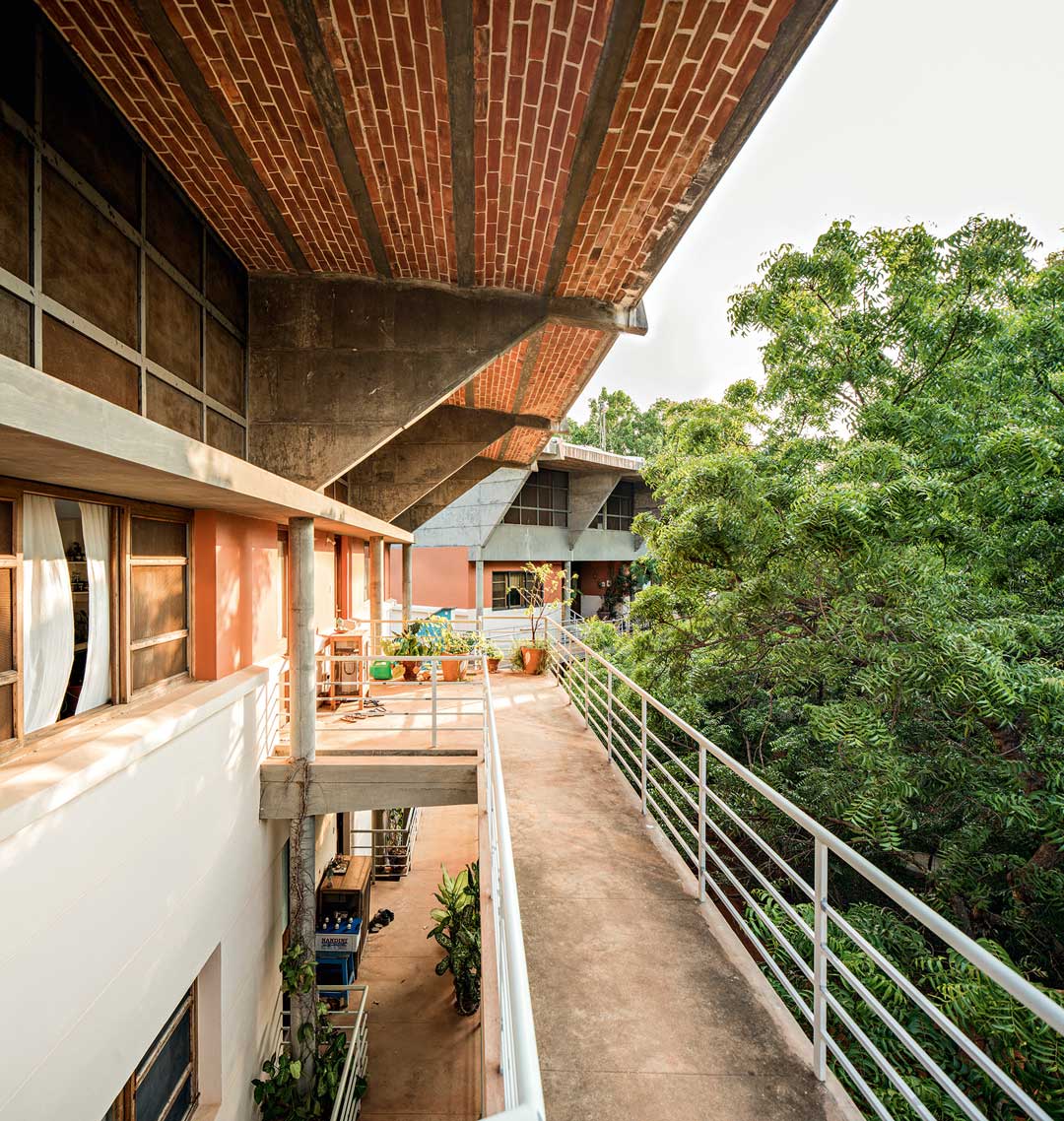 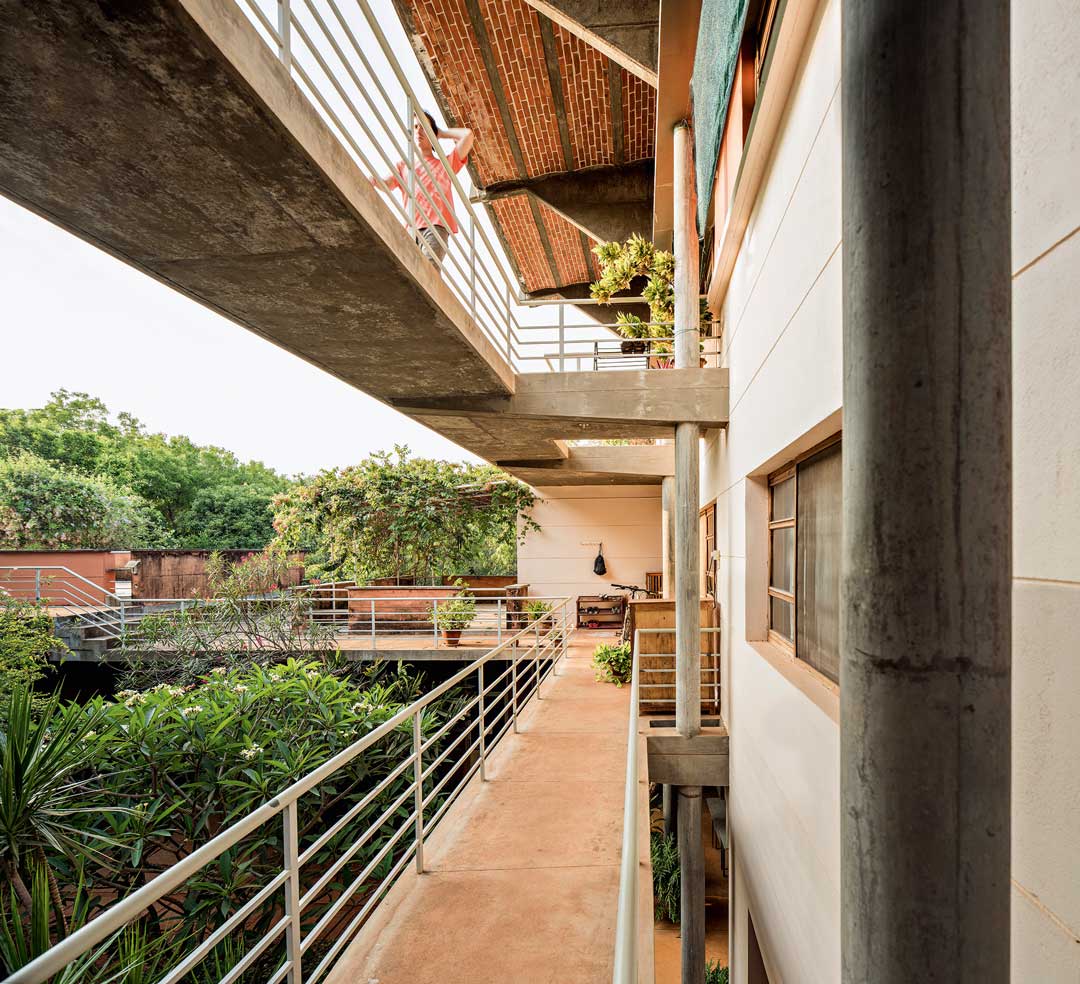 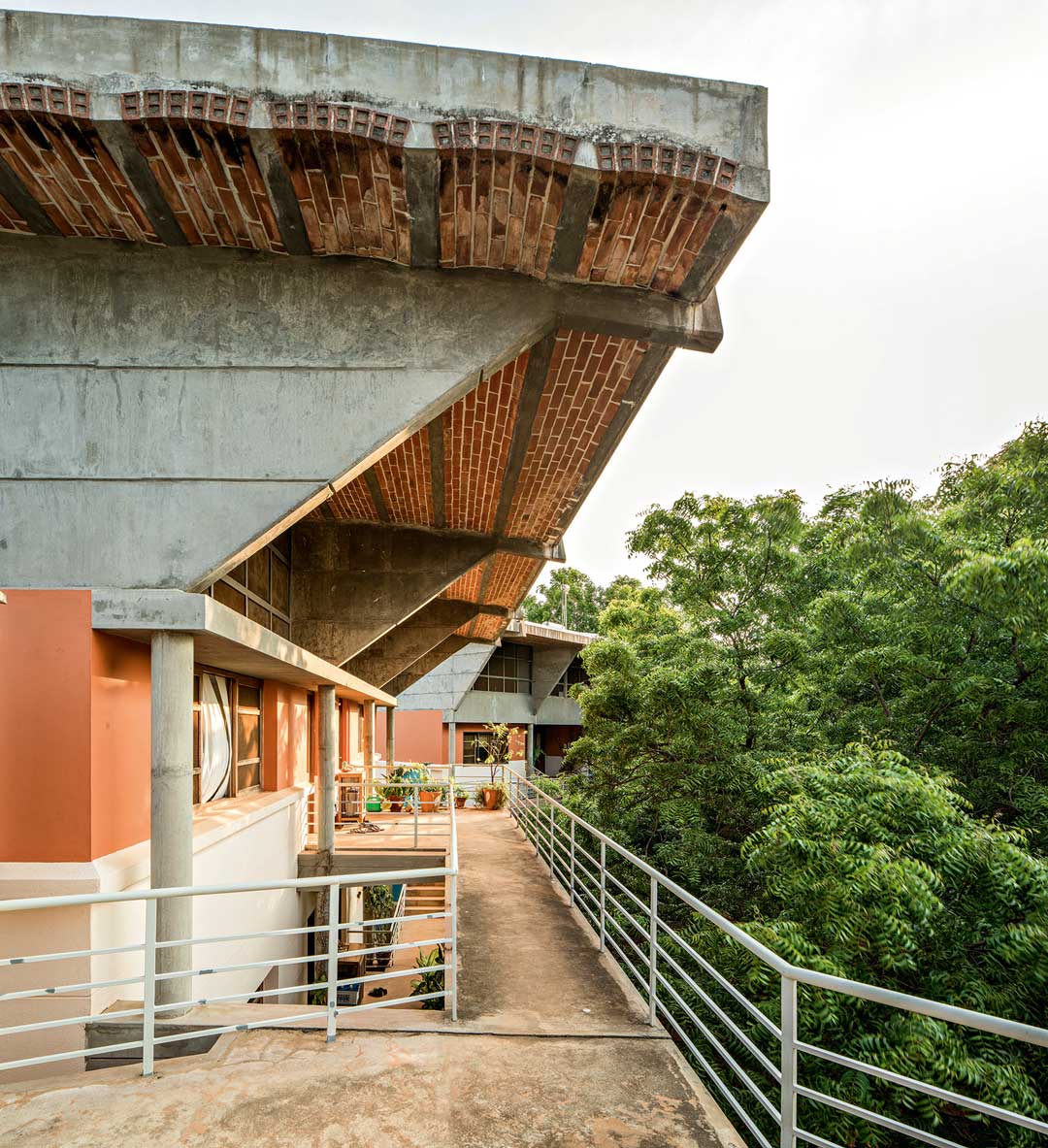 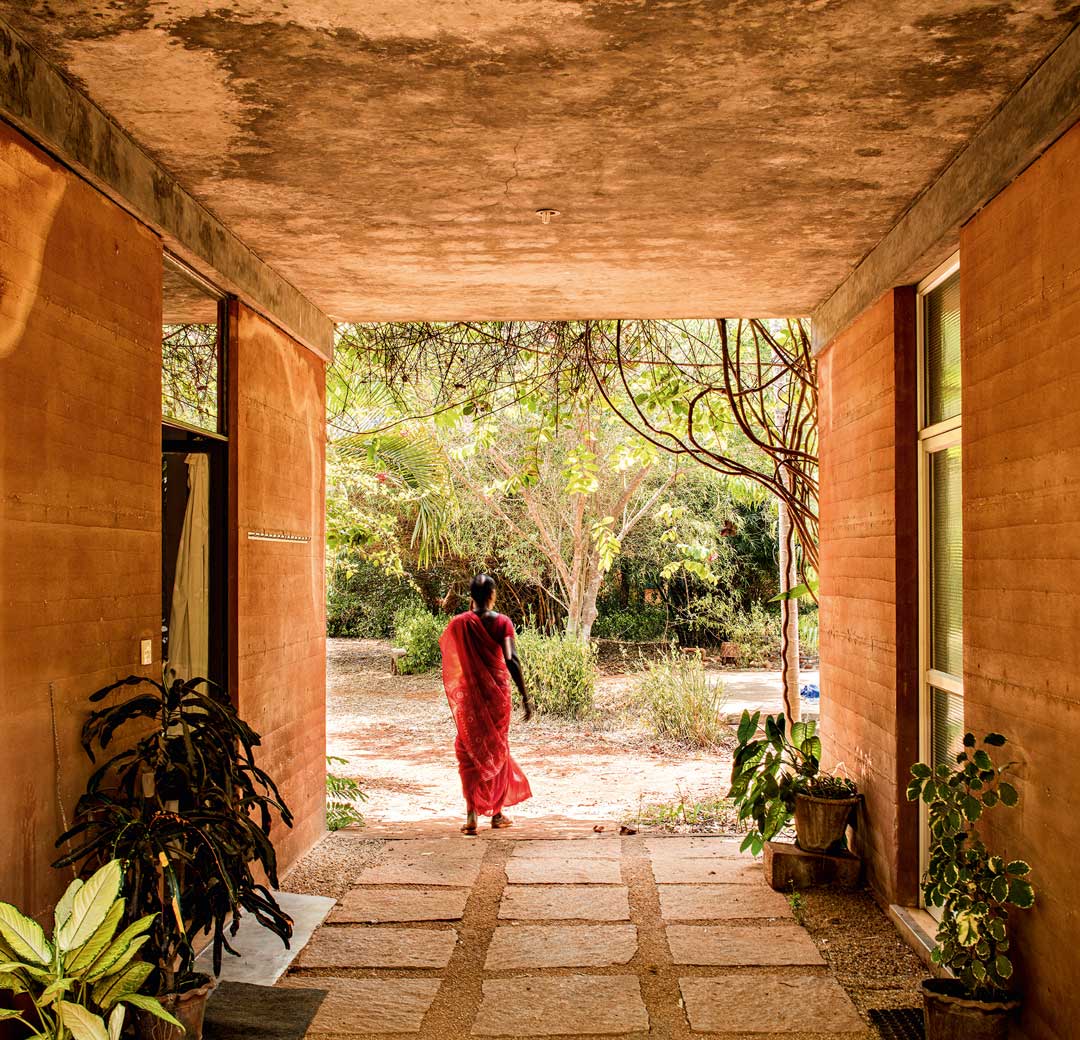 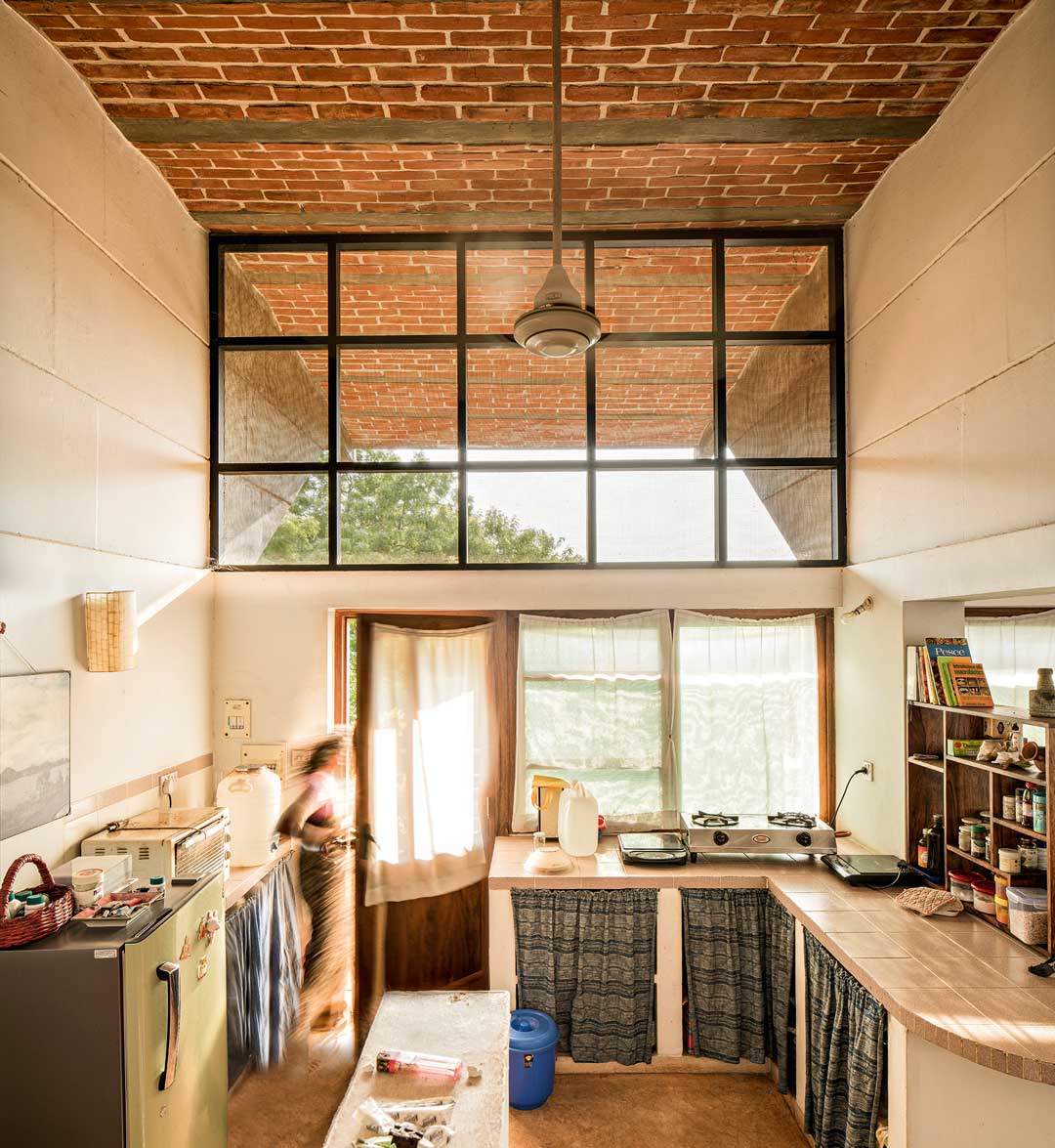 A prototype for collective living promoting community and sharing, the project was planned as one of 5 housing clusters for around 360 deliberately diverse residents. Realized as an example for an independently managed cluster accommodating 50-60 persons, residents shared common facilities at cluster-level and have some facilities for use by the larger community. A variety of social and economic backgrounds were integrated to make it a relevant prototype for sustainable community housing in an urban low-density context. Aiming to be much more than an arrangement of residences by creating a neighborhood, public spaces are distributed for different scales of groupings with a gentle hierarchy that included intimacy. Streets created on the upper levels facilitate communication. Voids between the house and the street promote privacy while enhancing natural ventilation through the venturi effect. The excavated onsite soil was used to build rammed earth walls in a contemporary technique using a special large formwork, adding 5% cement for water resistance, lending a contemporary character to a material associated with the vernacular. Specially designed insulating terracotta roofing units on part-prefab beams were assembled as an easy modular construction of high insulation properties. A root-zone treatment plant recycles sewage water for irrigation.