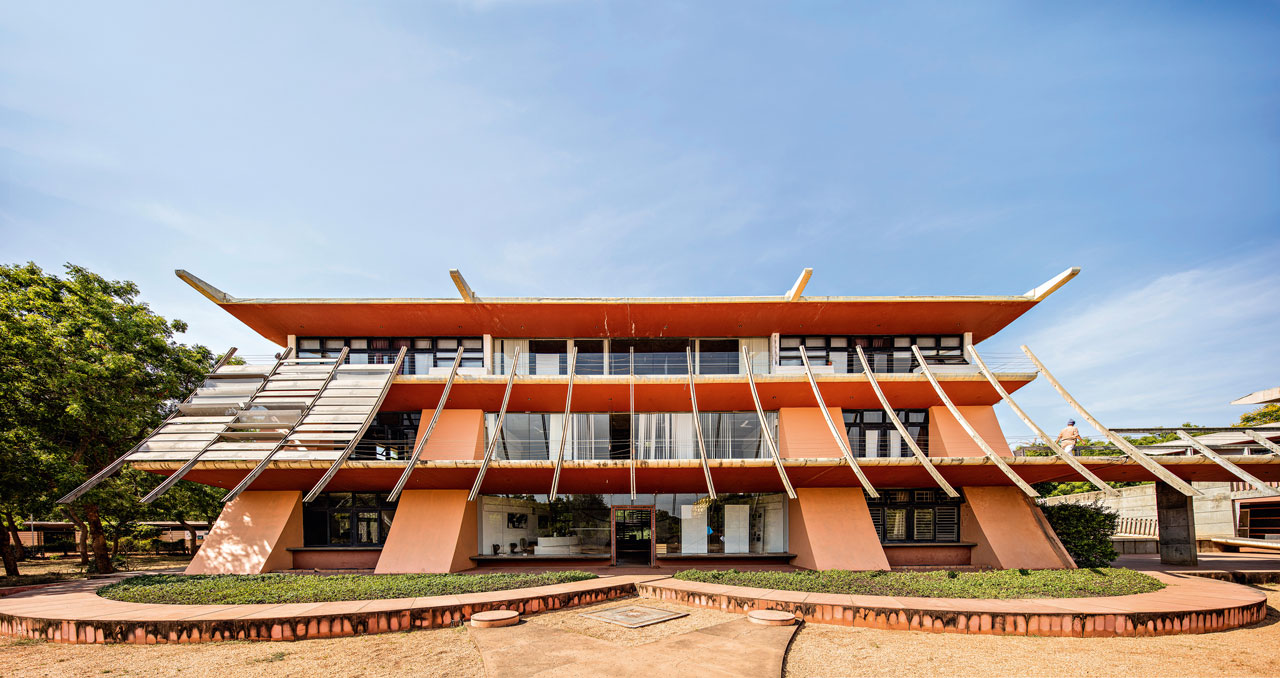 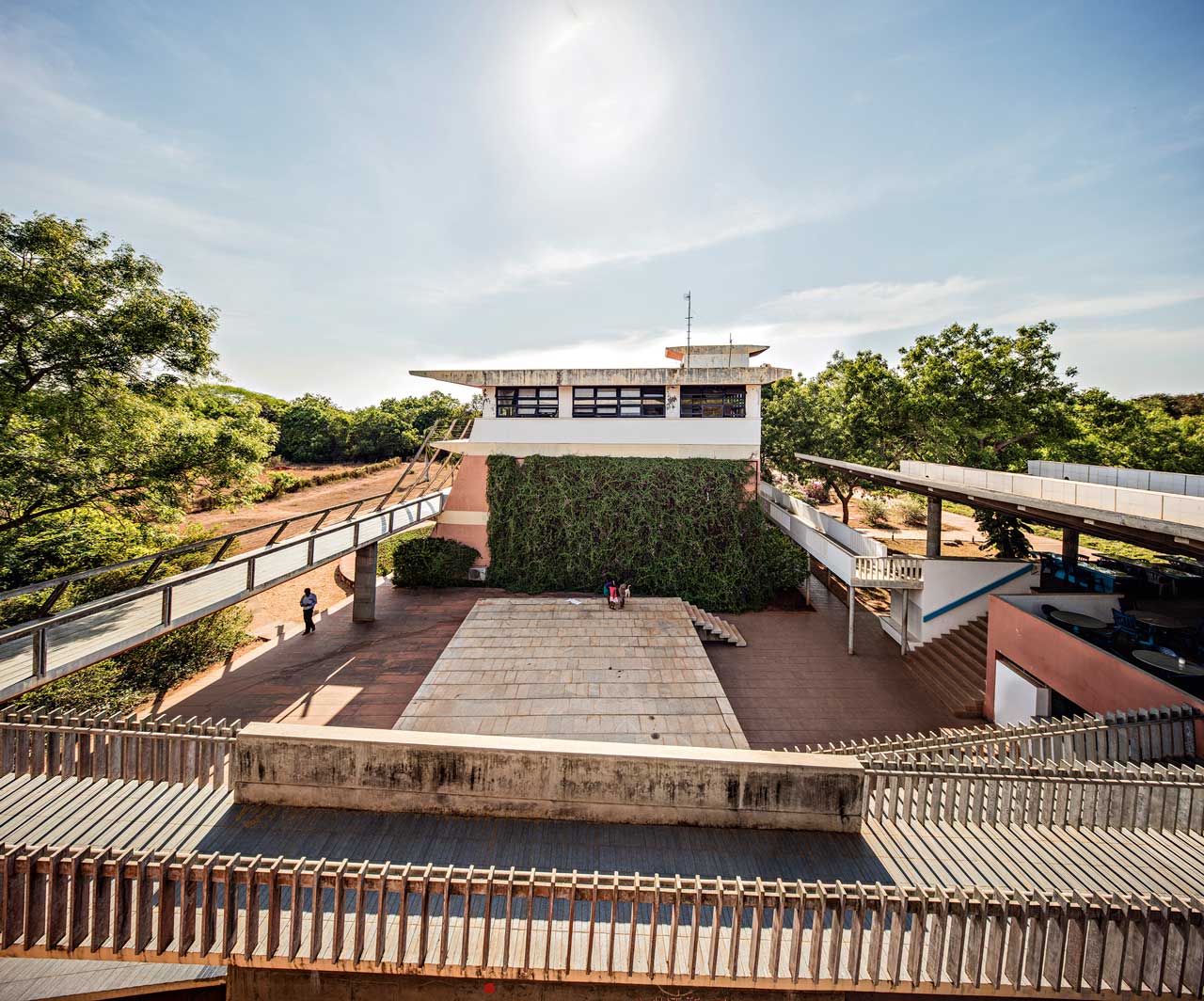 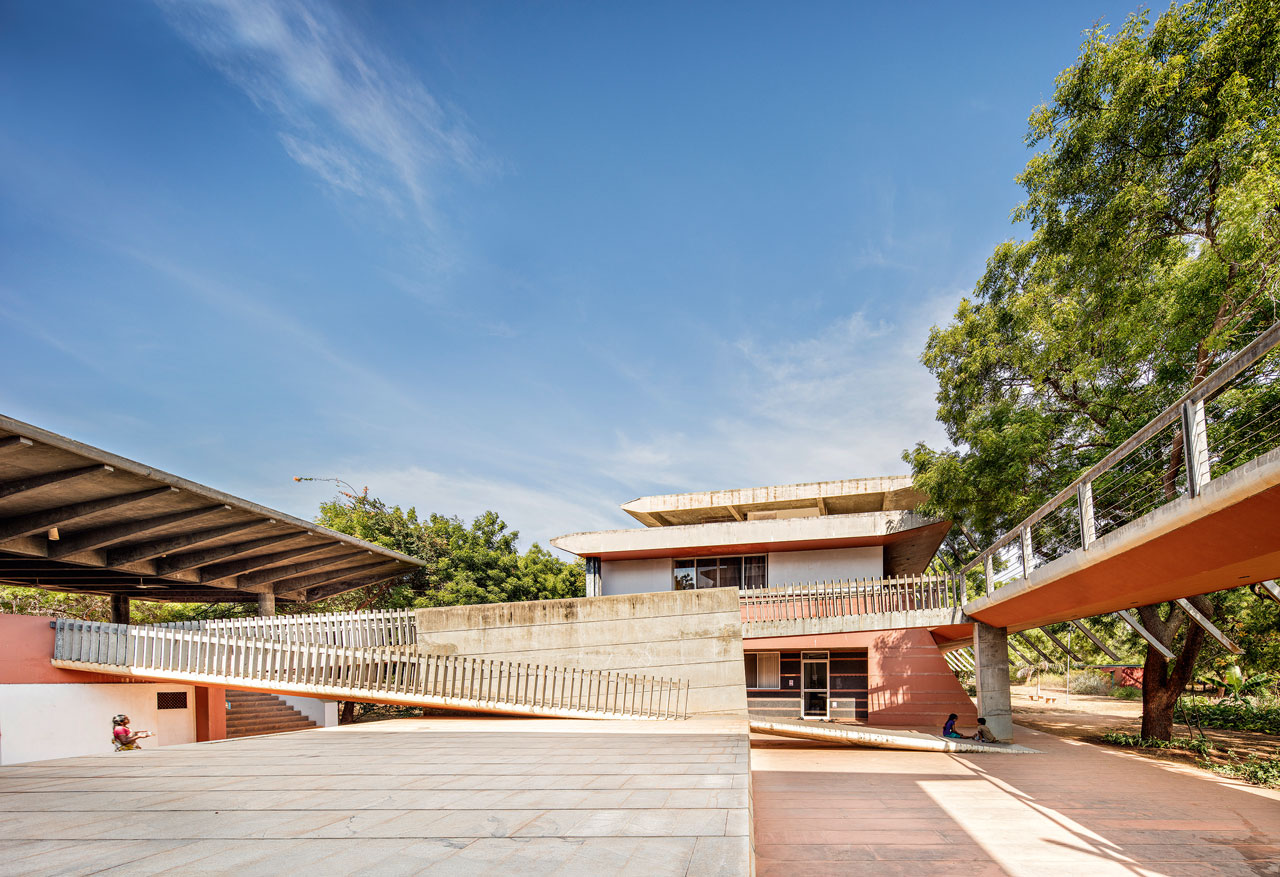 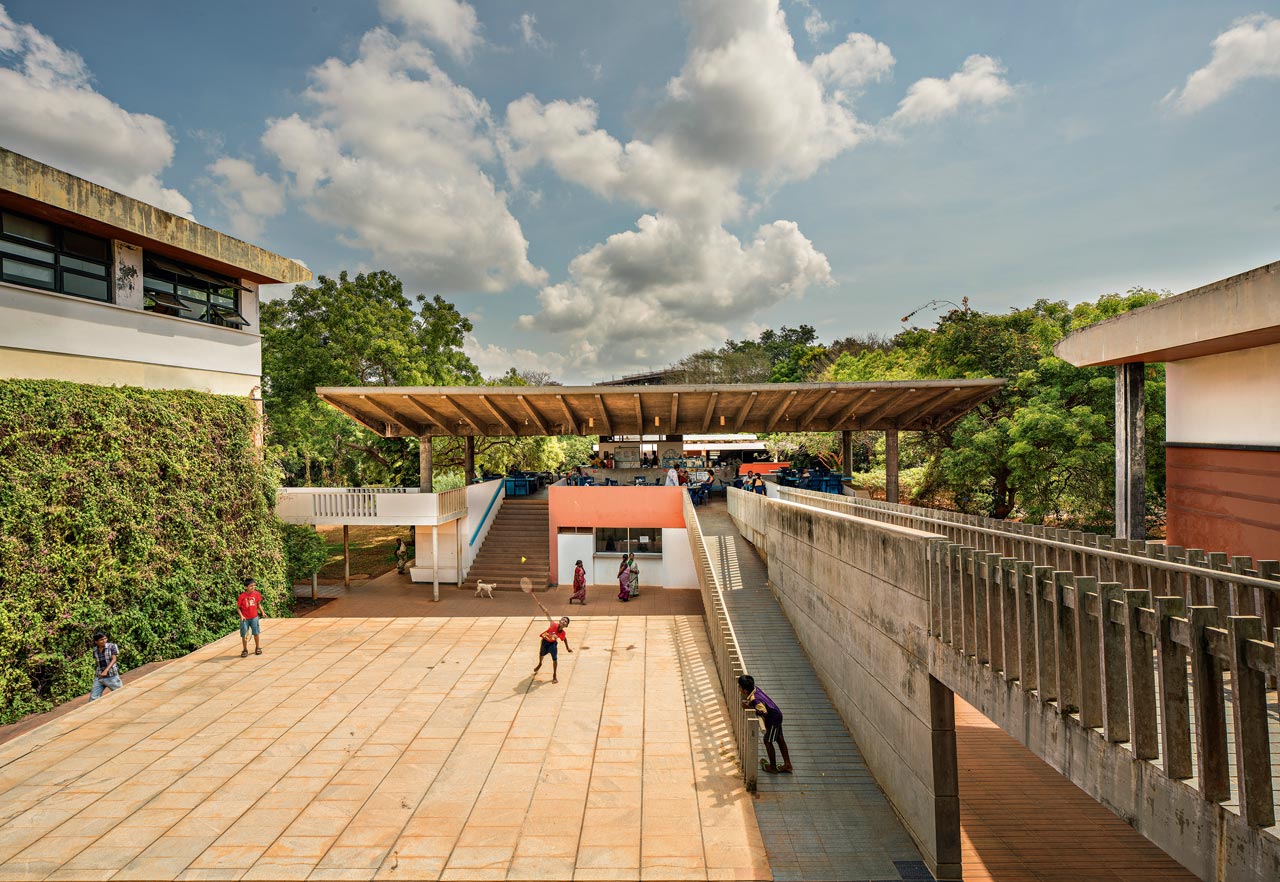 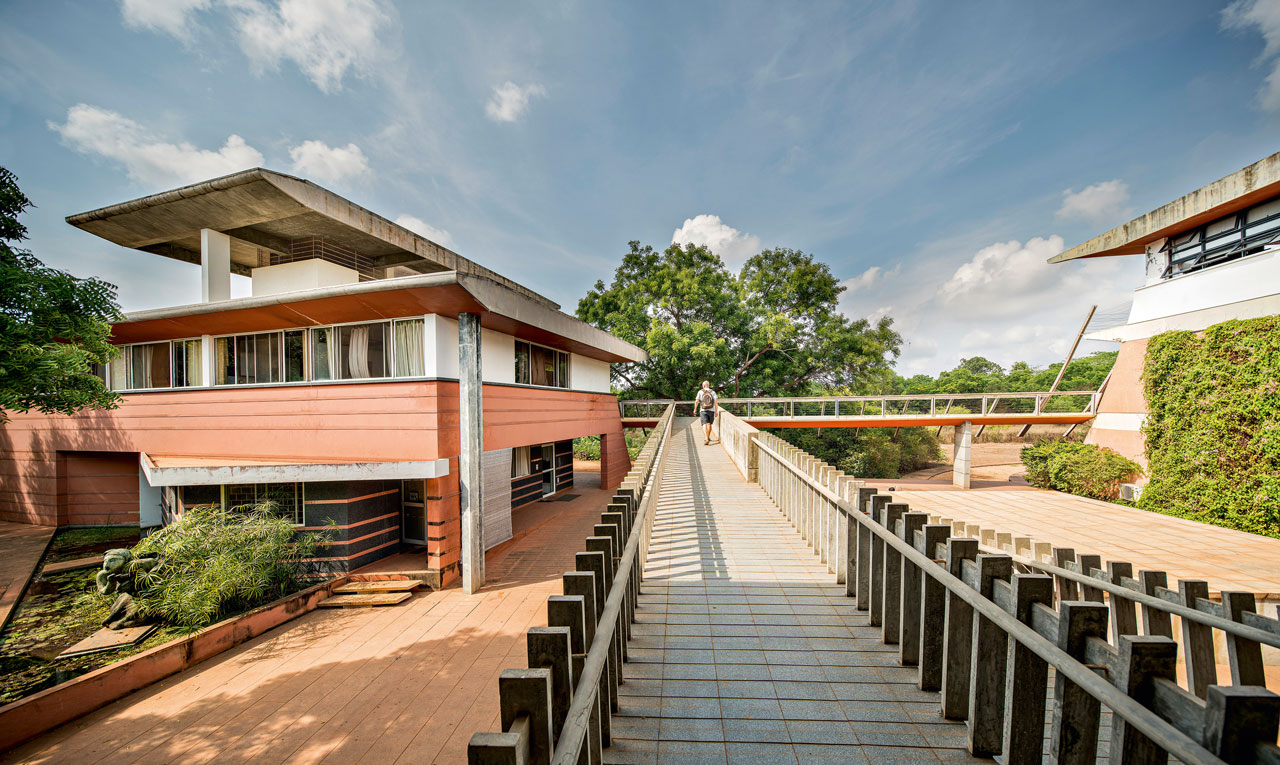 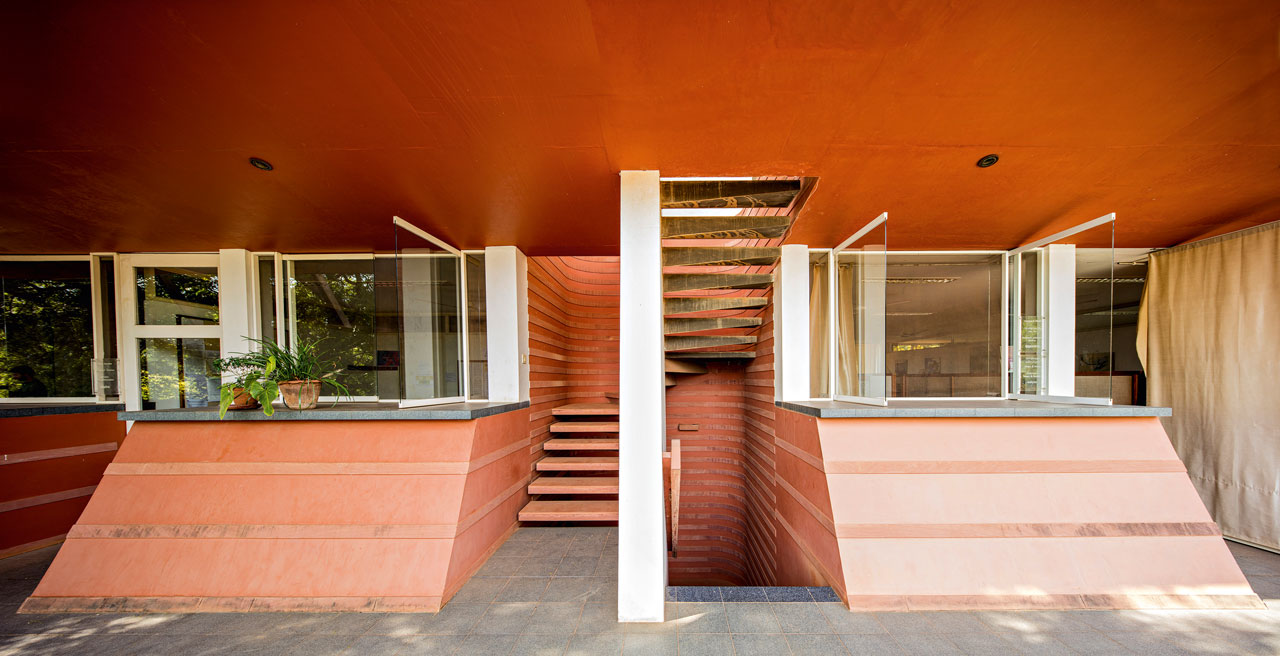 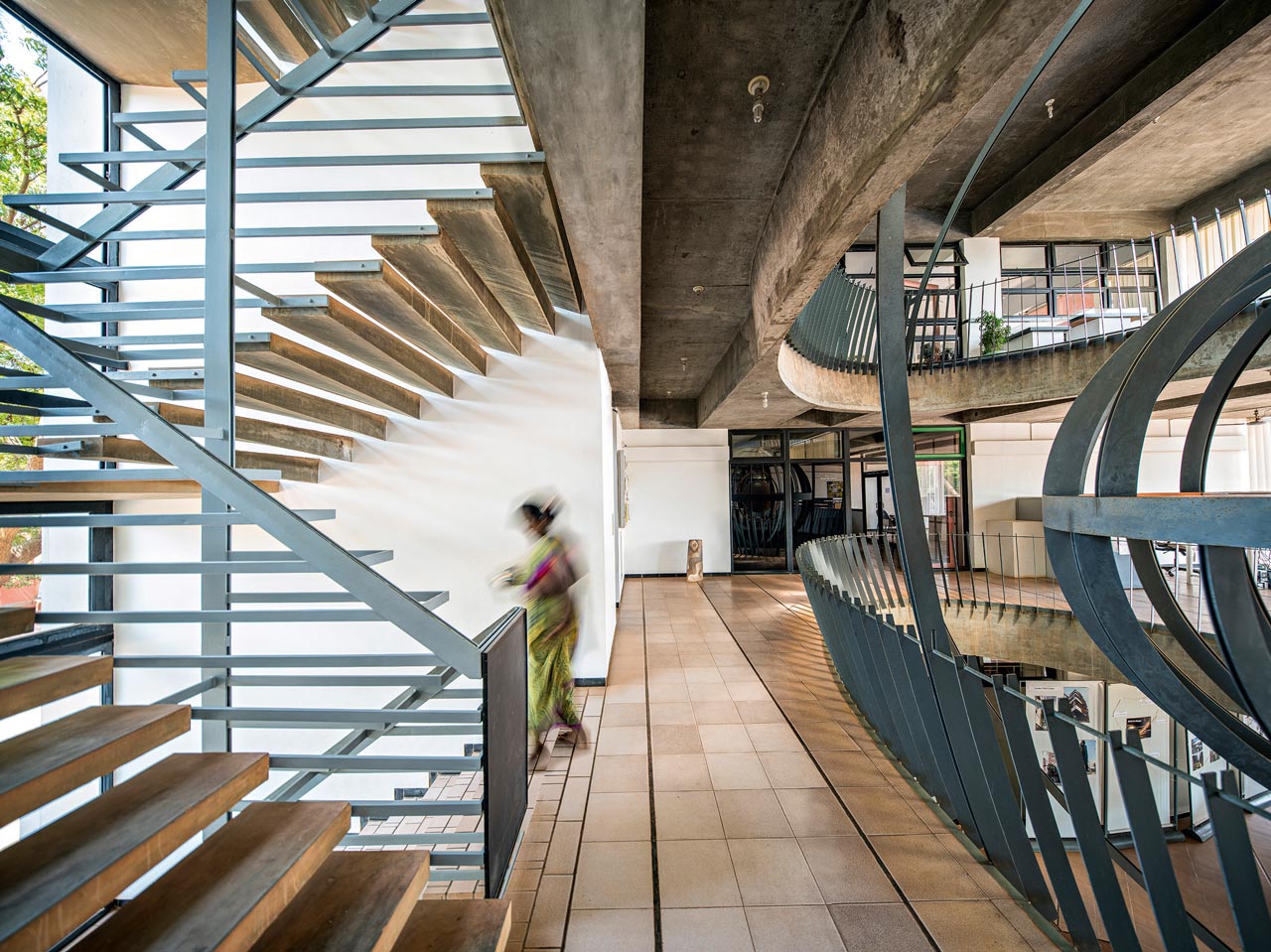 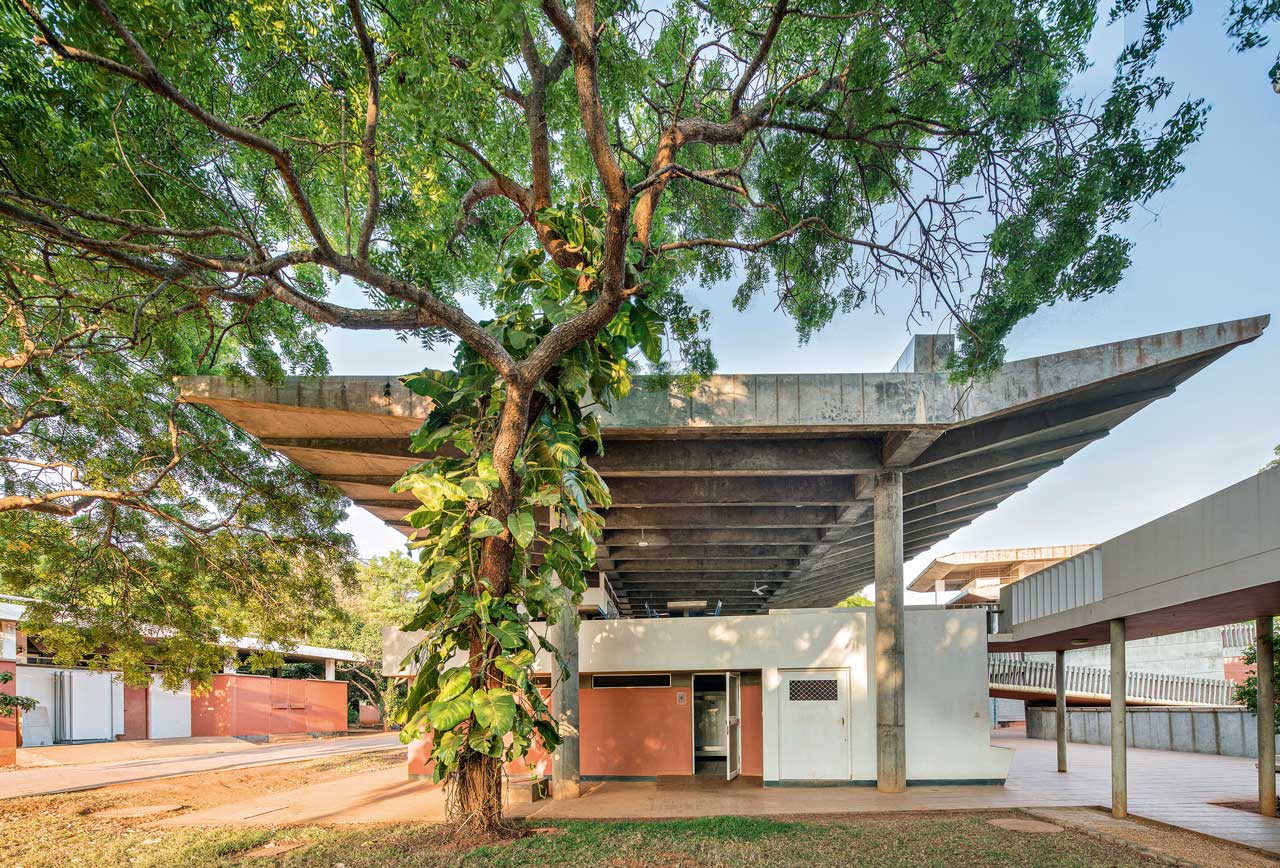 This project marks the concrete step that Auroville took towards realizing its planned city, contrary to its organic growth approach until now. This cluster of buildings will accelerate the realization of the administrative zone and the town hall complex.

The challenge was to create an urban feeling with only three buildings that would attract the further development of this area, contributing to the character of the city to come. The attempt was to demonstrate the language of the interconnecting elements between the buildings in such a way that the urban character would be compact built spaces interspersed with service areas and public circulation.

A public space is created between The Center for Urban Research and The Multi-Media overlooking the cafeteria that further enlivens it. Walkways, bridges and ramps provide the links as well as define the building language so that further buildings are easy to add.

Projected as a Sustainable Building Infrastructure, rain water is harvested from the roof and treated to drinking standards and supplied in the cafeteria. 100% of the waste water from toilets is treated and re-used for irrigation. Principally planned as a daylight building, all computers are designed to run on solar photovoltaics to be realized in the next phase