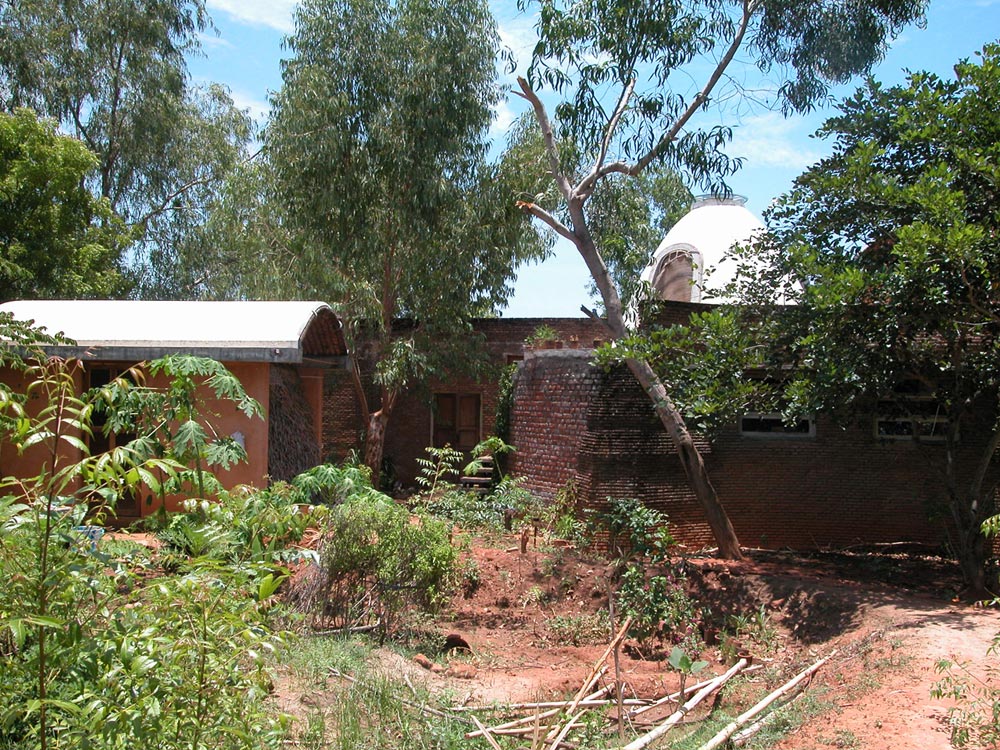 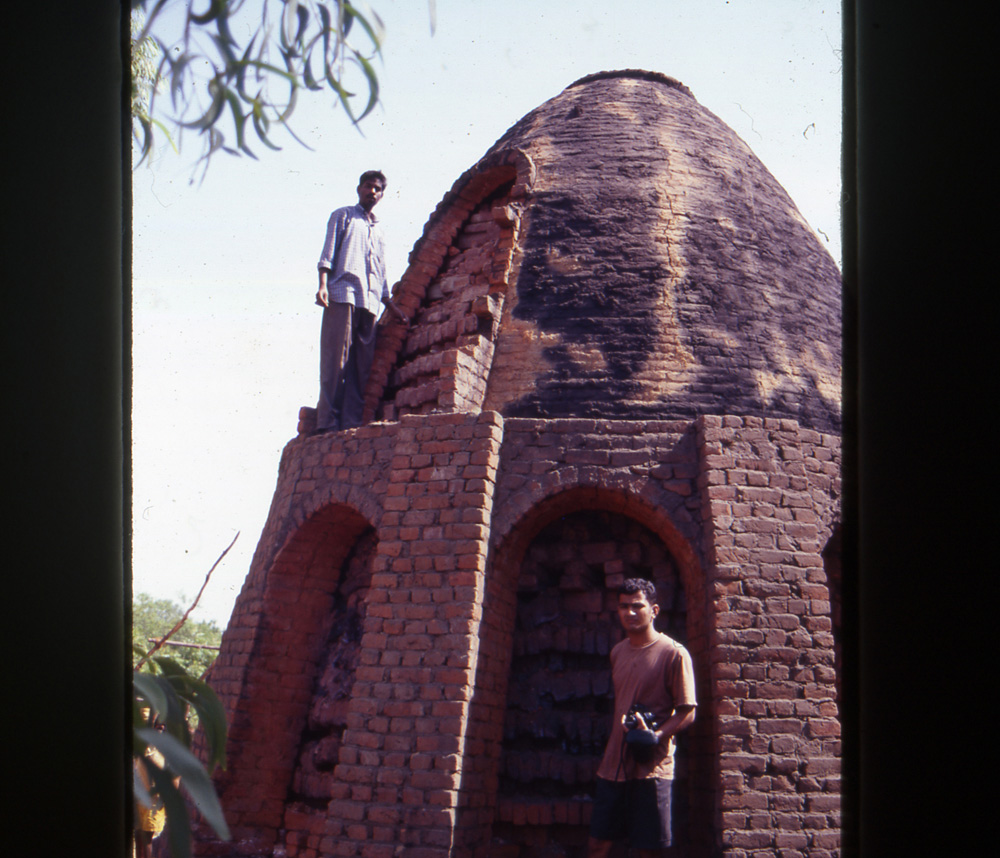 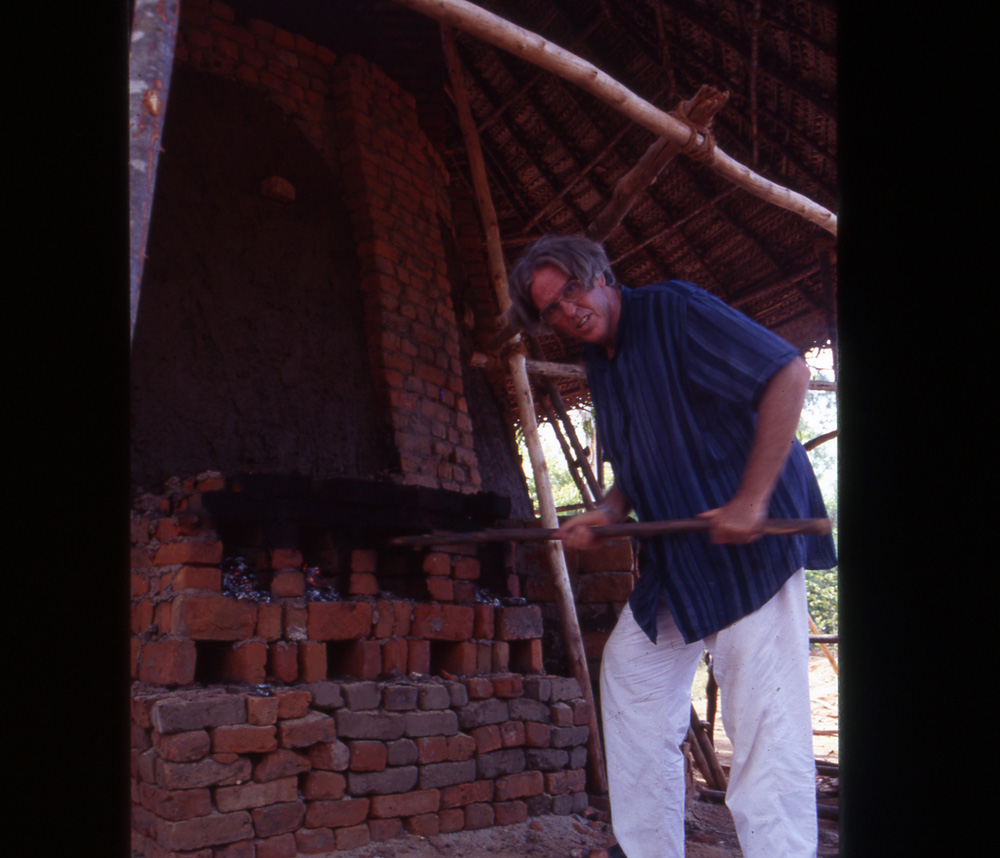 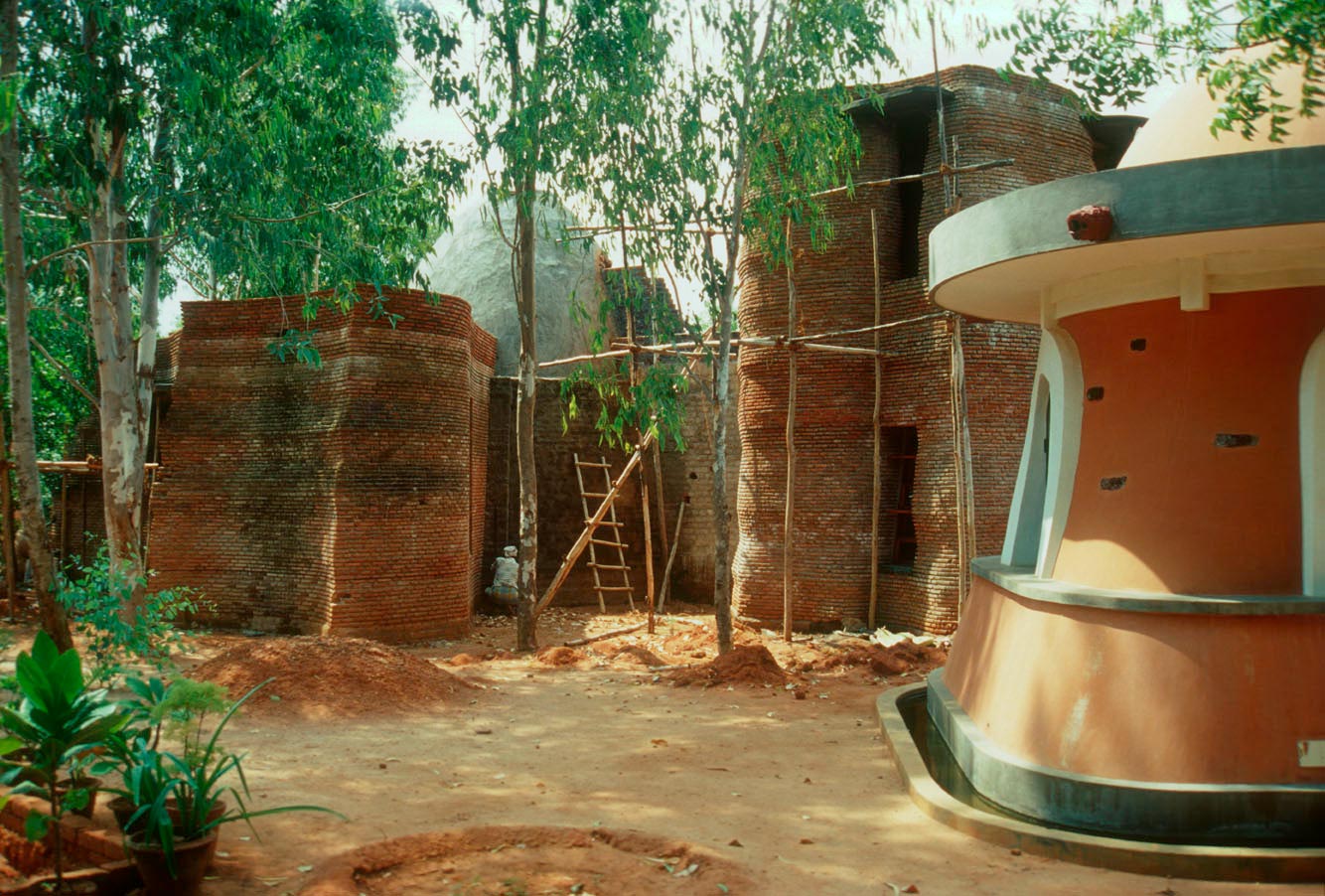 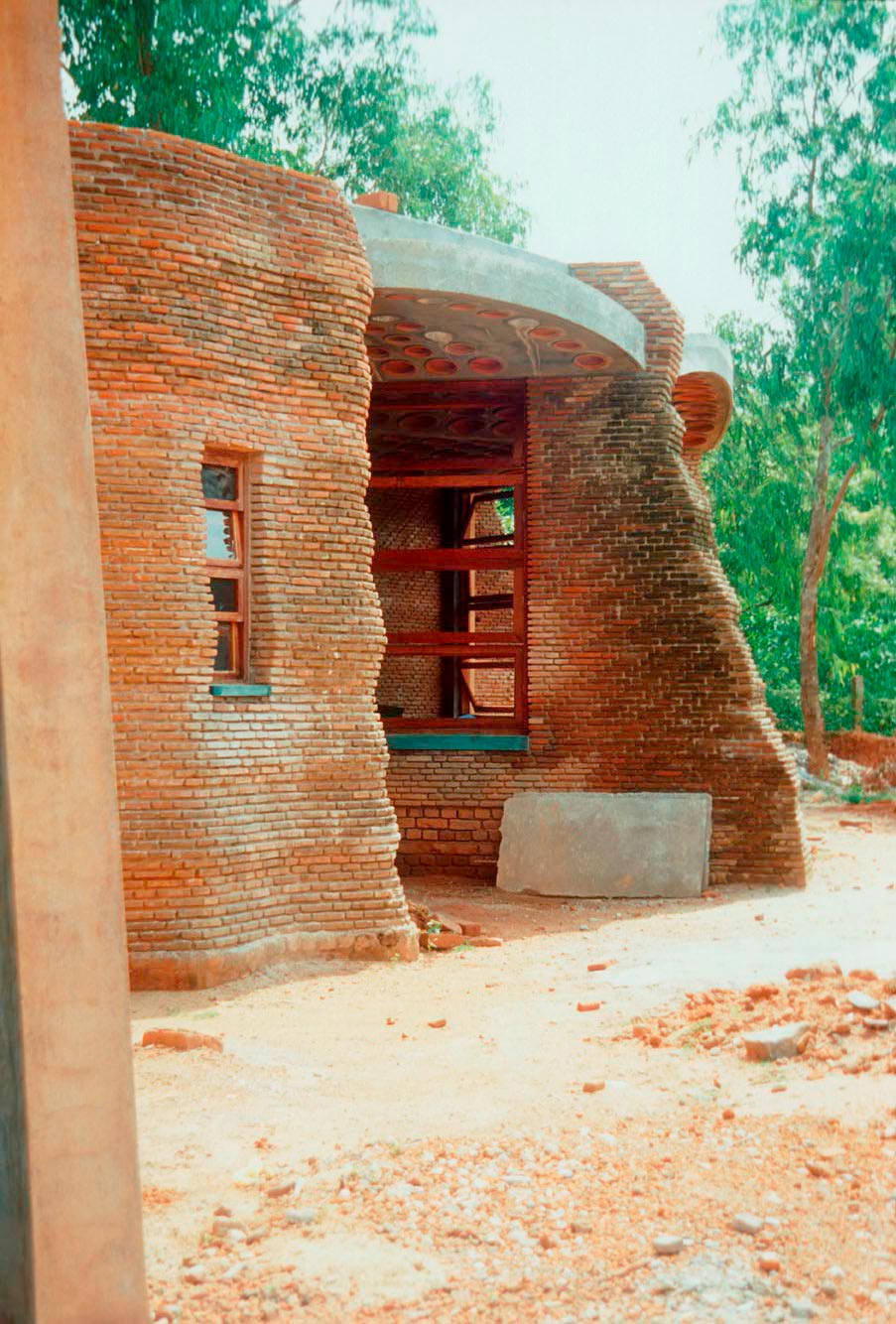 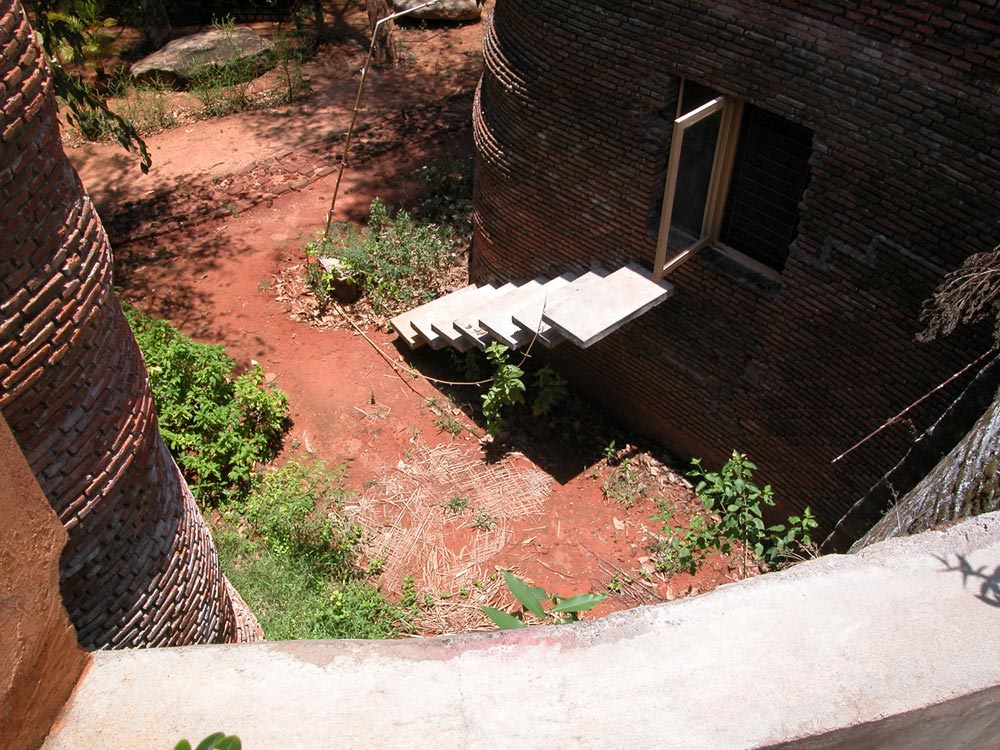 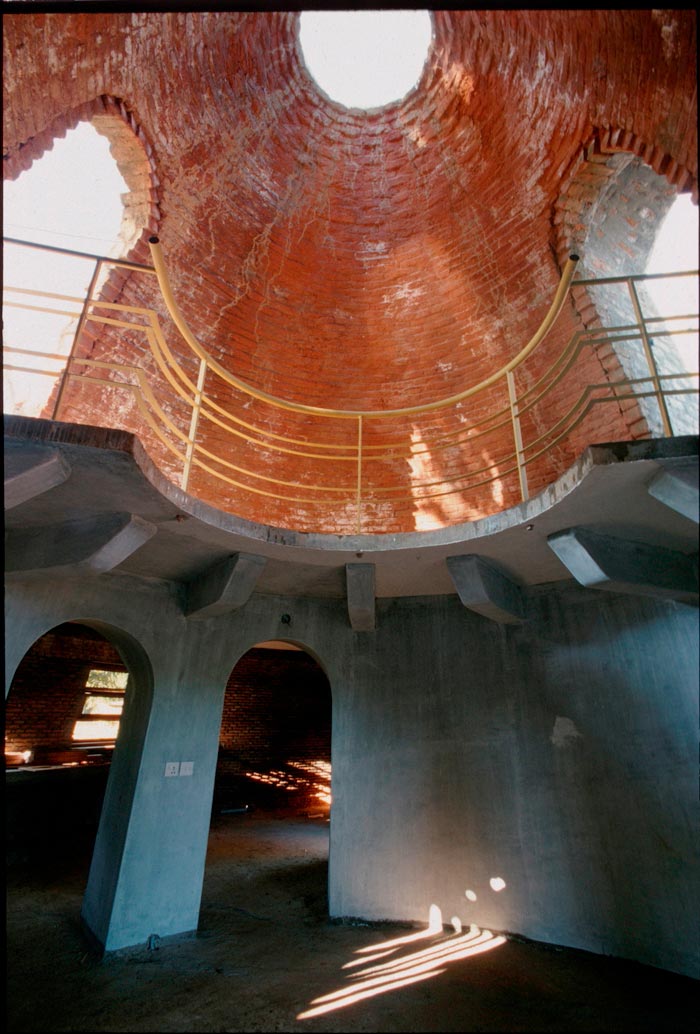 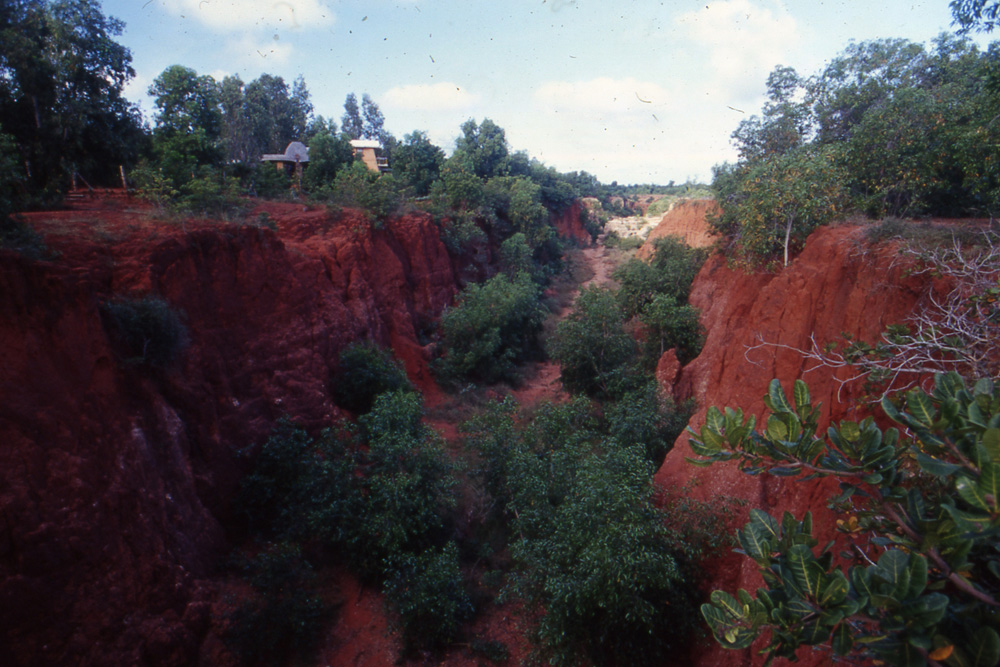 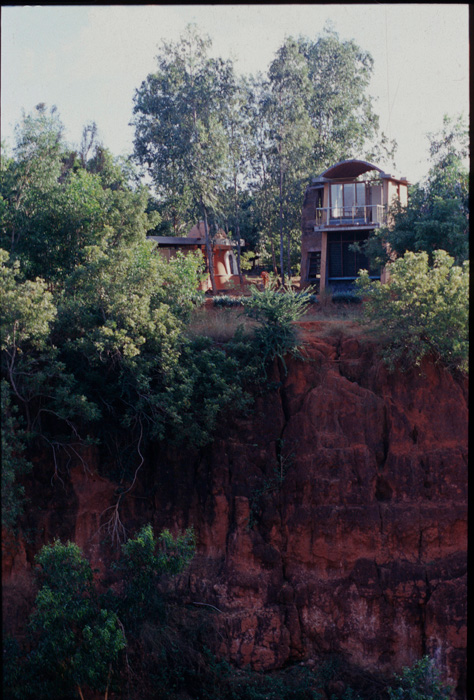 Built using a rare technology developed by Ray Meeker of Golden Bridge Pottery, a fired house typically was built with mud bricks made on site with mud mortar, stuffed with further mud bricks or other products, and fired as if it were a kiln. The house itself got fired as a consequence. The fuel cost would be largely accountable to the products inside. The strength of brick would be achieved for the price of mud. Further, the cement in the mortar mix would become unnecessary.

Ray Meeker was the technical consultant for this project and introduced a further new aspect. To avoid use of valuable wood to fire the structure as in the previous cases, coal dust was introduced into the clay mixture itself, with which the bricks were made. One had to only light the fire and then the mass: structure and products, burnt from within with their own fuel till all the coal dust in it was spent.

The house is located at the edge of a canyon that is a very sensitive area. The house, an organic form, has at its centre, a catenary dome that accommodates the dining area, the heart of the house. Around it all the other functions are located in a spirally expanding movement, as in a shell. The house encloses several courtyards of different characters, to allow the landscape to penetrate the structure. The walls are leaning and resemble the forms of eroded earth of the canyon, and blends into the beautiful landscape so as to have a very low impact even seen from the other side.

The dome was built in the fired house technology and all the product bricks fired in that space are used to build the rest of the house.