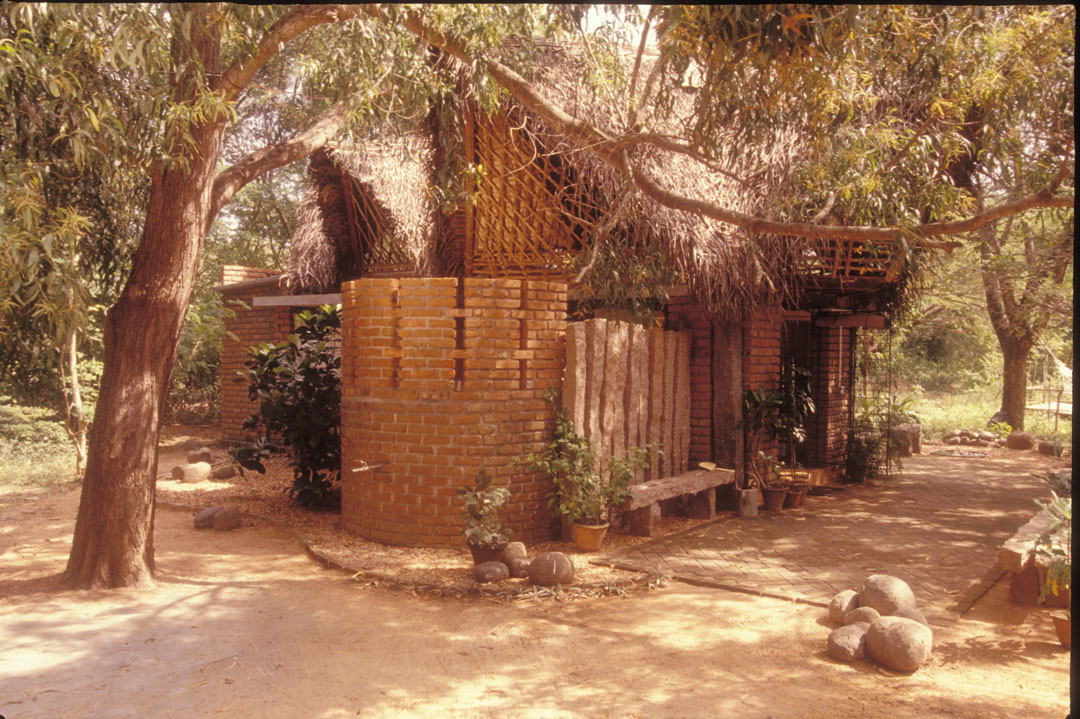 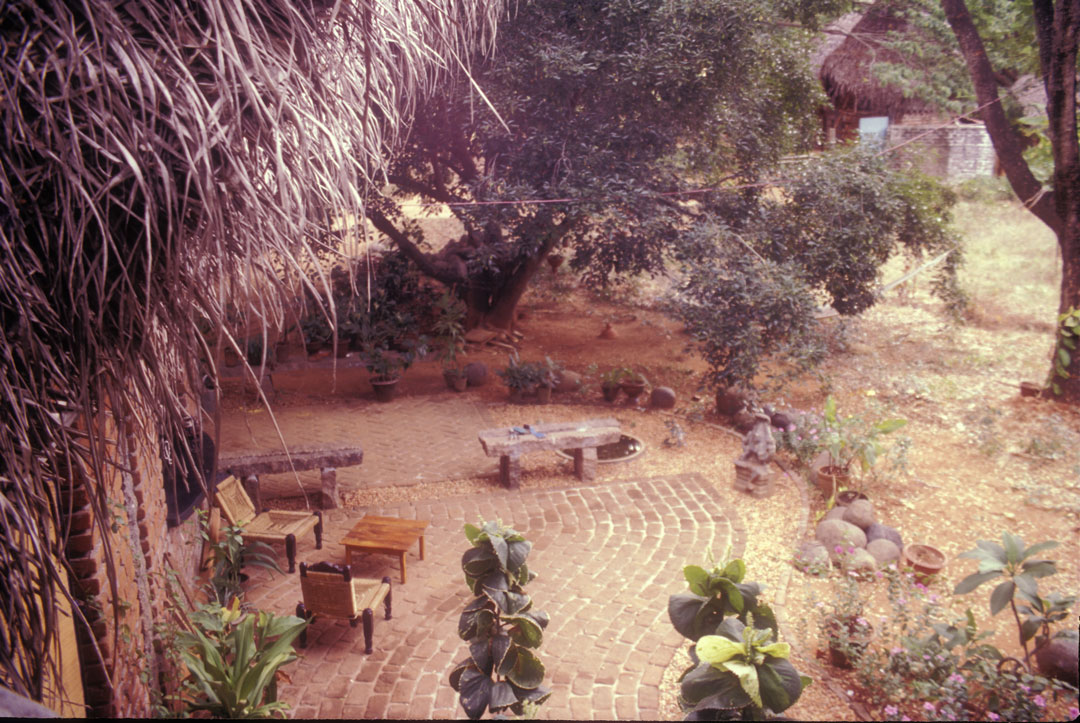 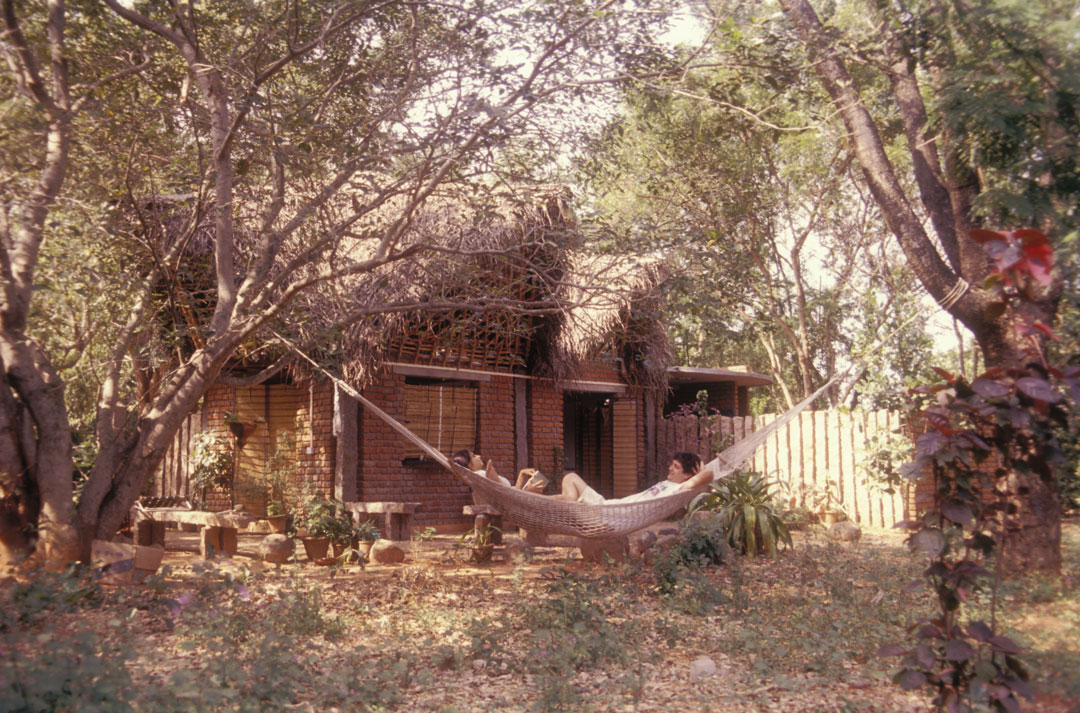 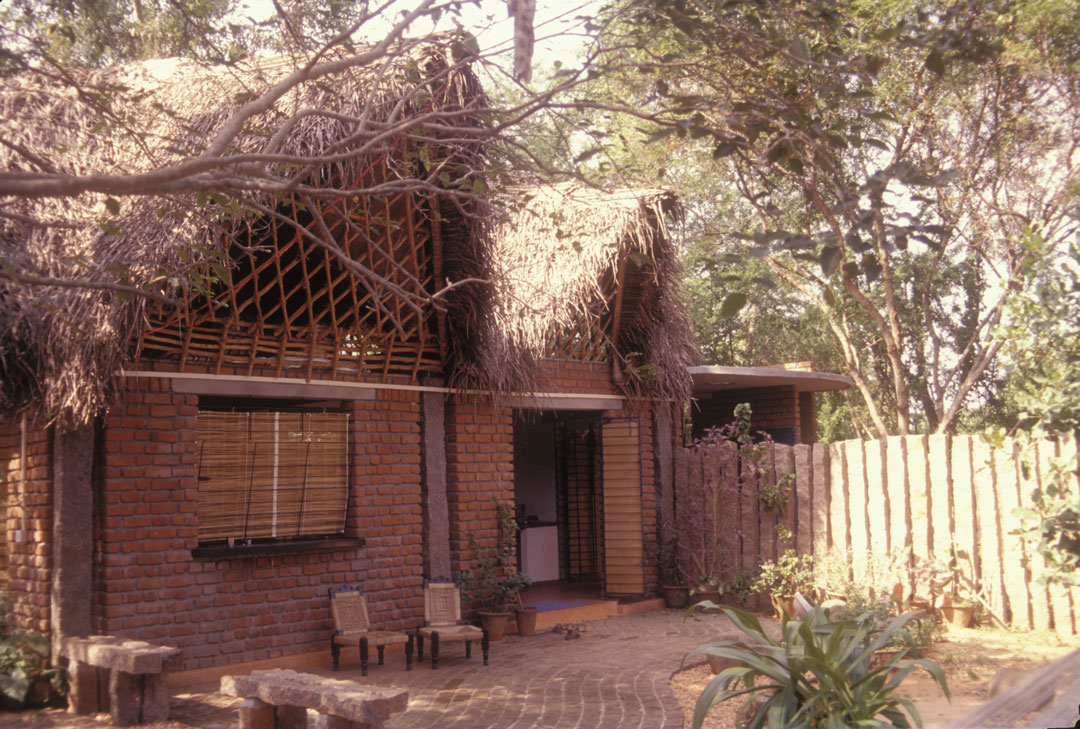 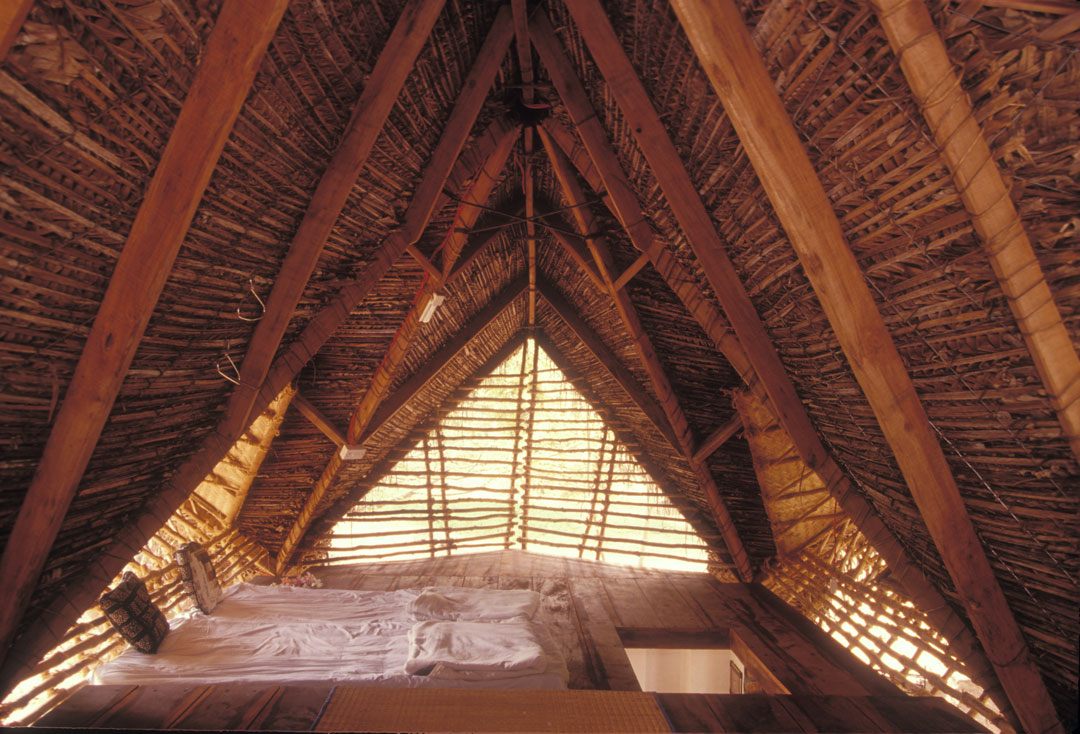 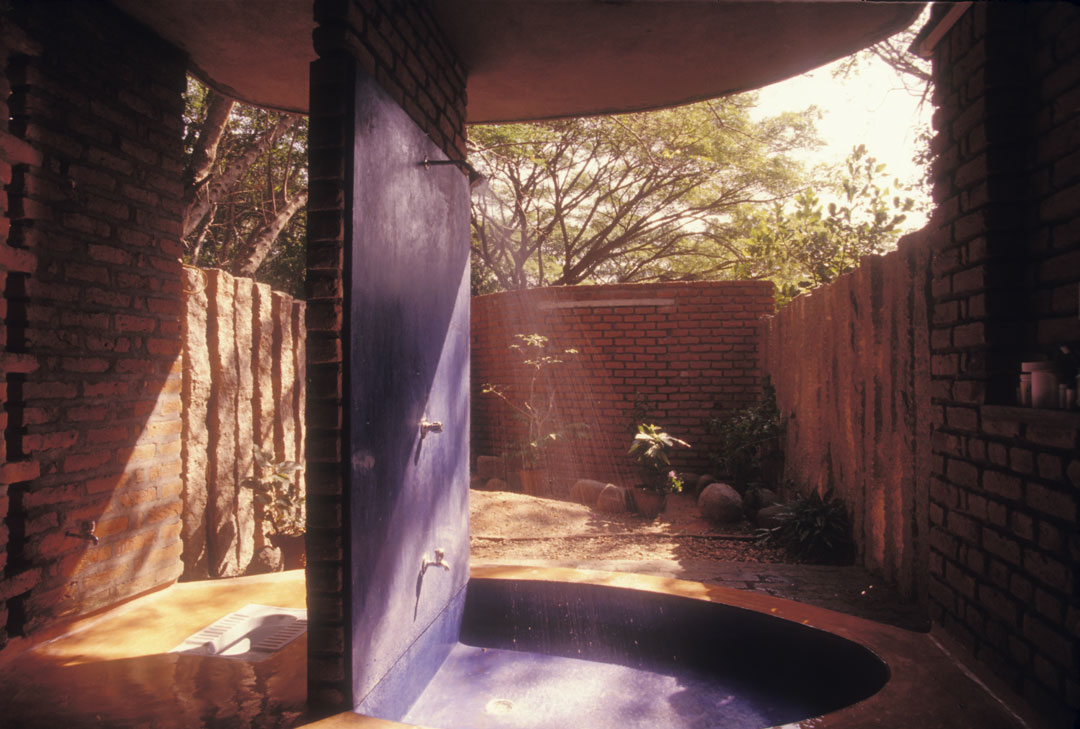 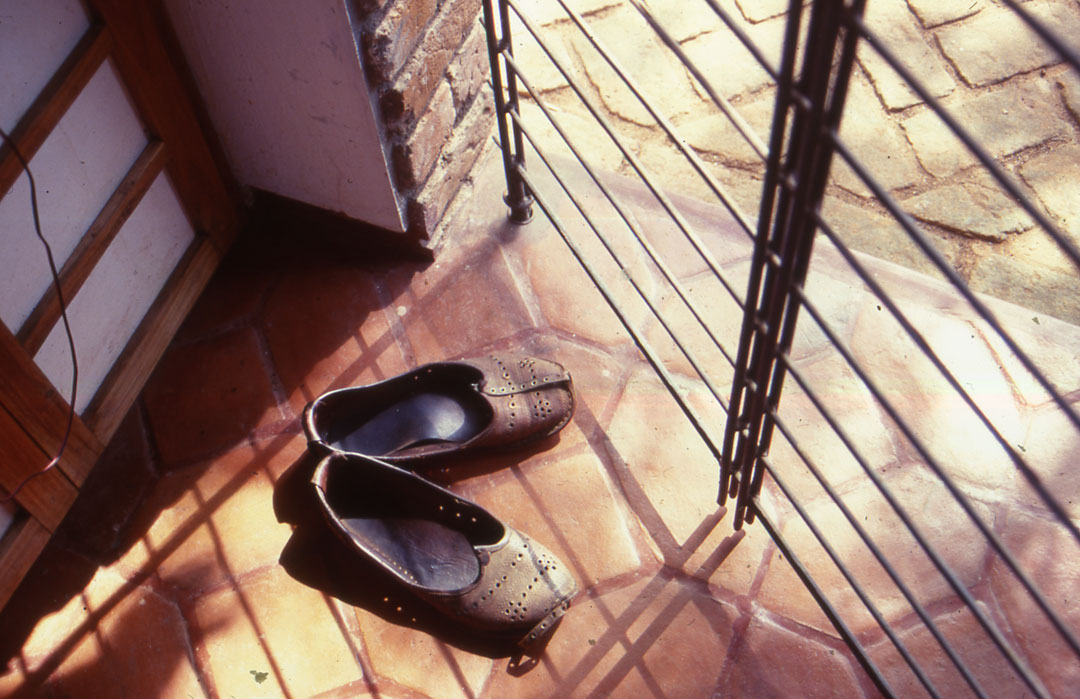 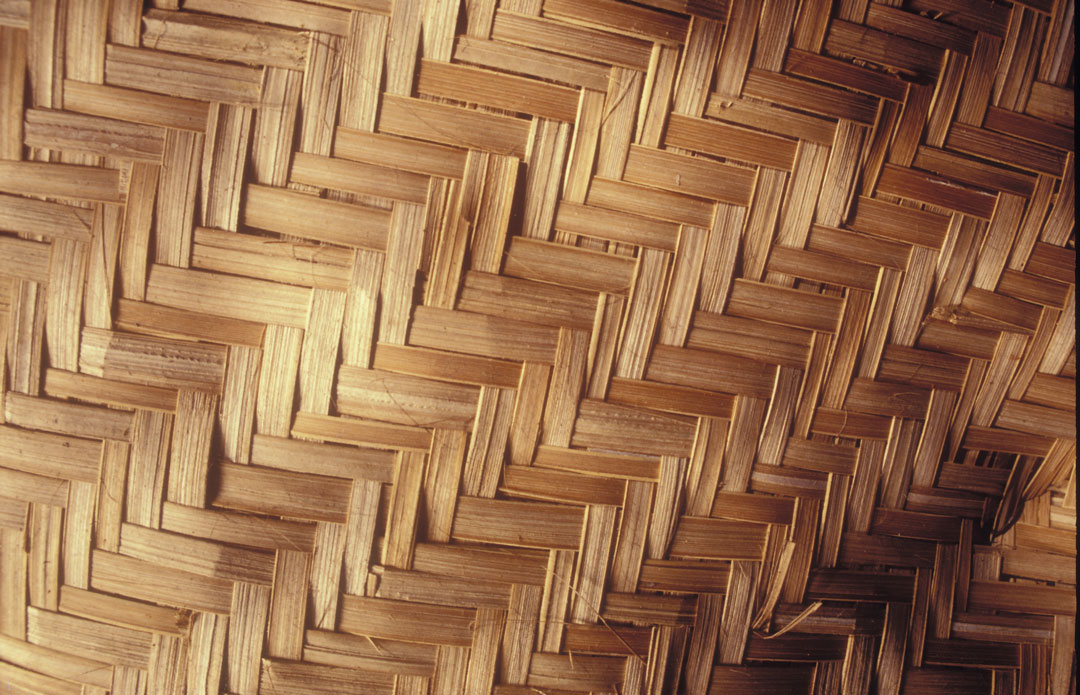 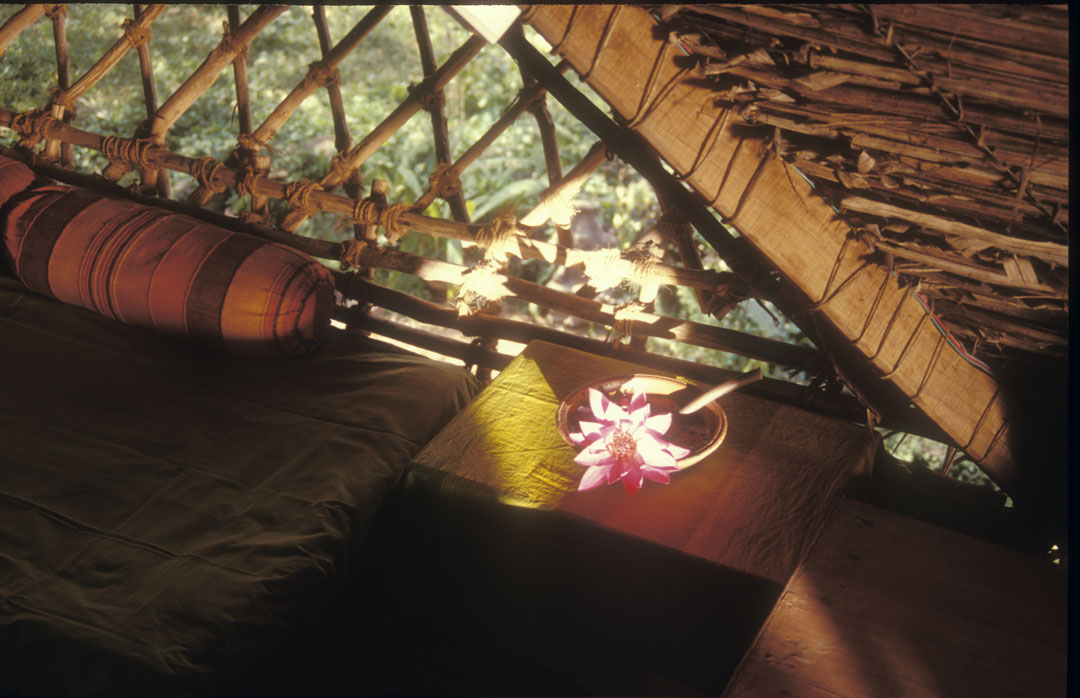 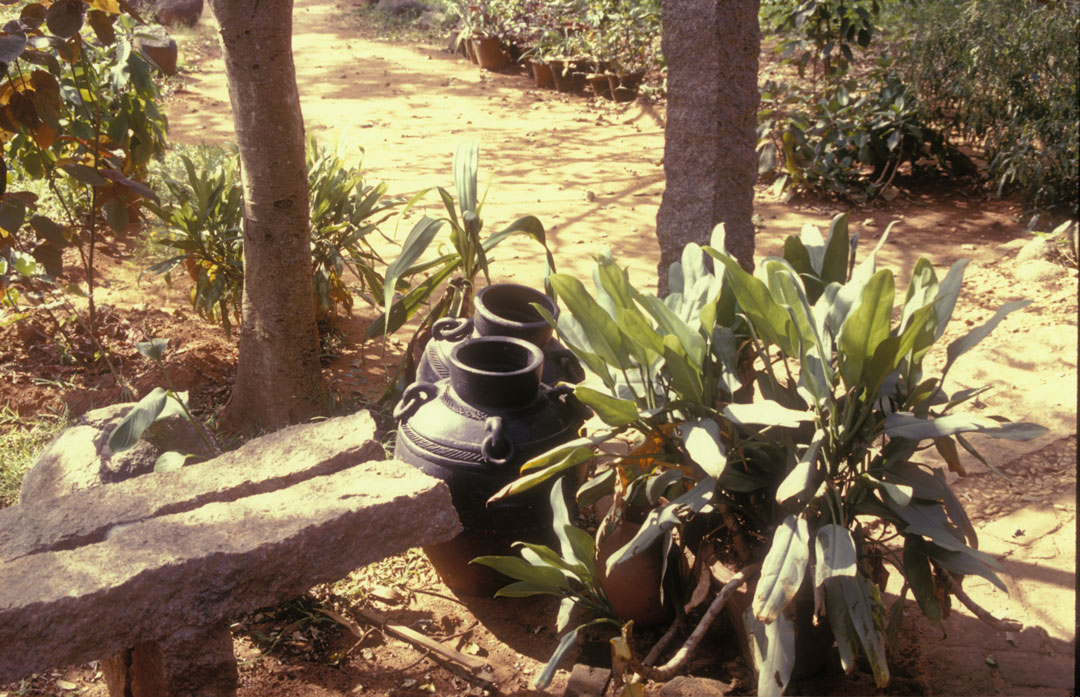 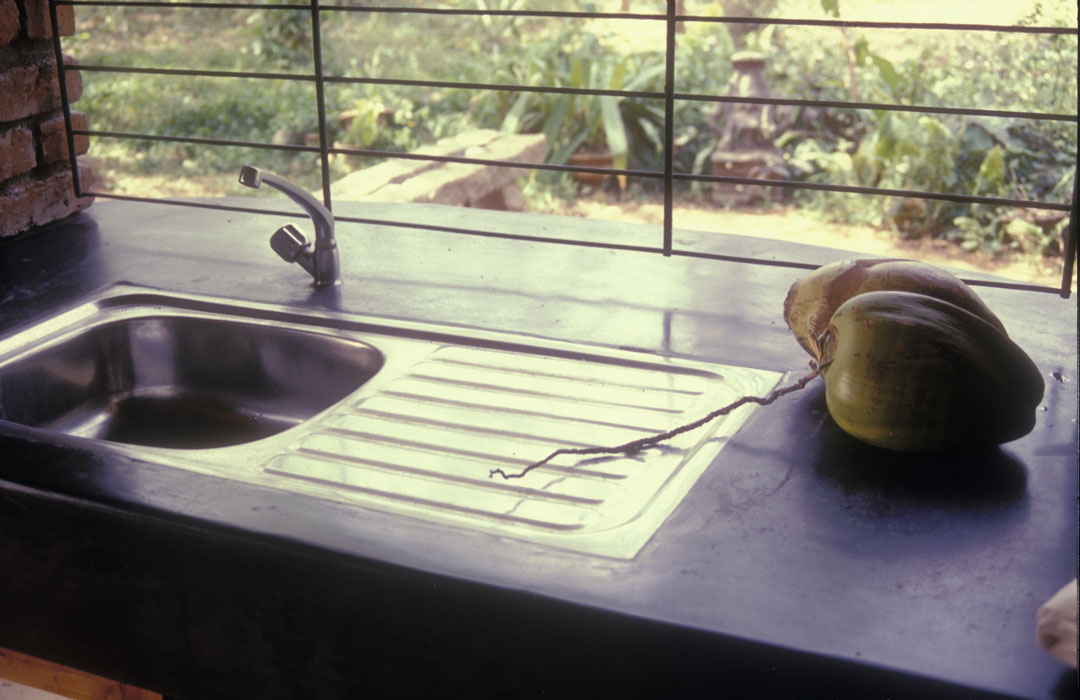 Since he had first come to Auroville, Hemant had lived for several years in a very simple thatch hut on granite pillars simply tied together with coconut rope, just like many others do in their early years in Auroville. However, after those initial years, they looked forward to living in a house that offered more permanance and comfort.

Outdoor areas freely penetrate the indoors, and there are two courtyards enclosed within the ground floor by arranging simple rough granite pillars in a series; one as an extension to the bathroom, to provide it with a patch of earth and sky and the other, adjoining the living room, incorporating a small water tank that can be use in summers to dip in, before the water is taken to sustain the garden. The joists were cut out of really old (around 50 years old) casuarina trees and are far stronger than people expect, at that age. Casuarina, as it is mostly known for its use as scaffolding and for temporary building works, is usually harvested at three to seven years.

The transition spaces between the house and the garden are naturally landscaped in an unnoticeable way, mainly consisting of the same repetitive elements, brick paving, granite benches and pillar screens, boulders and pebbles