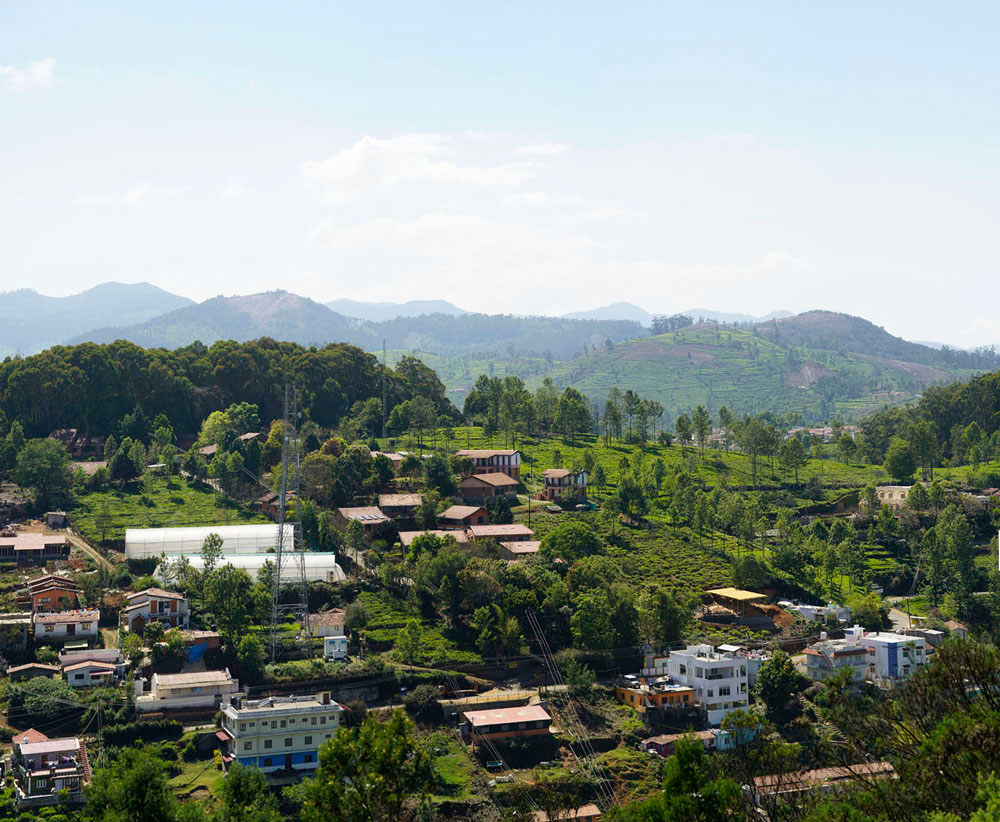 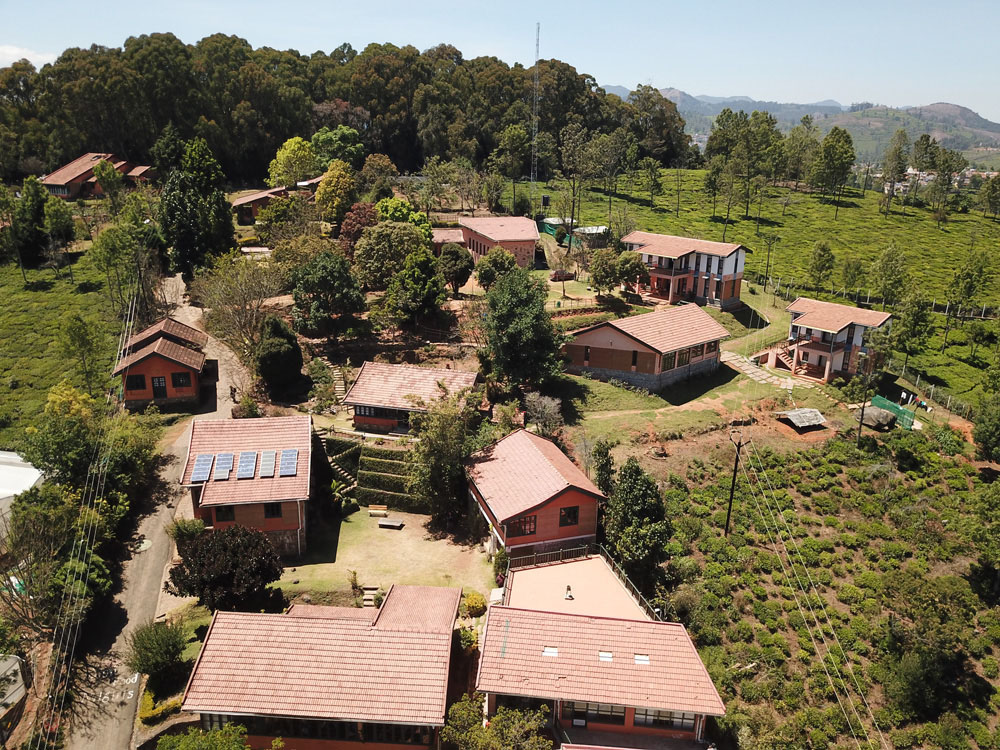 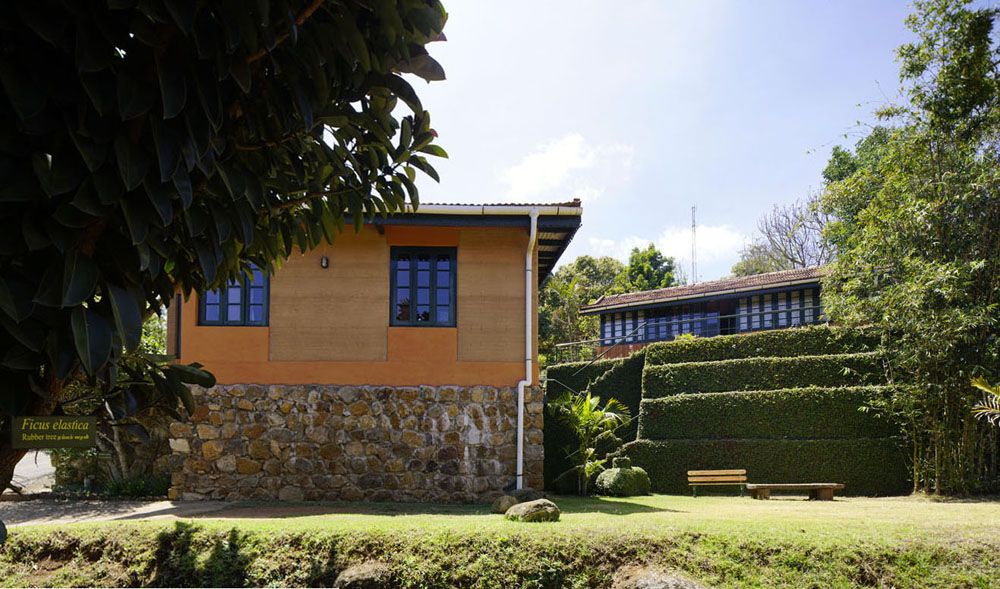 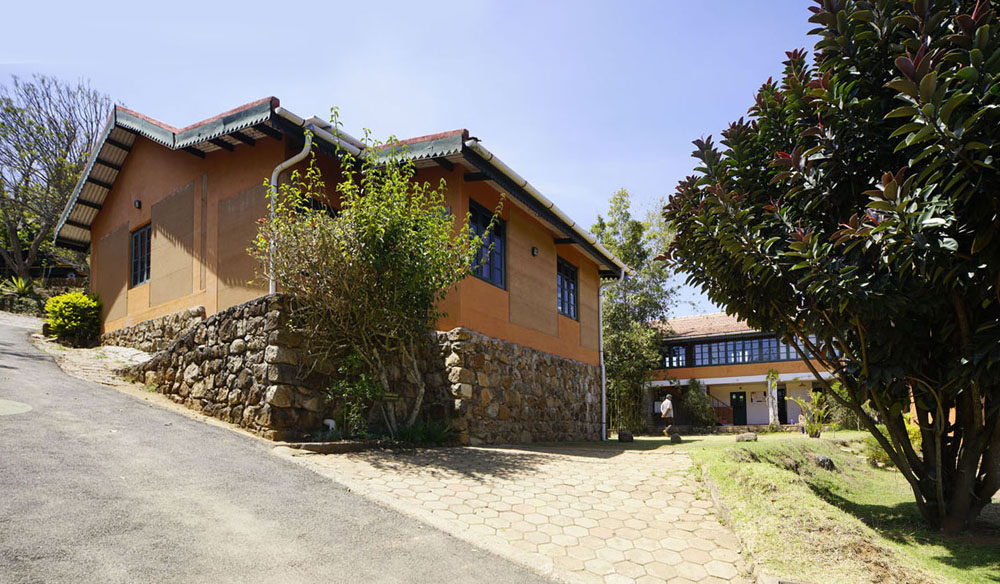 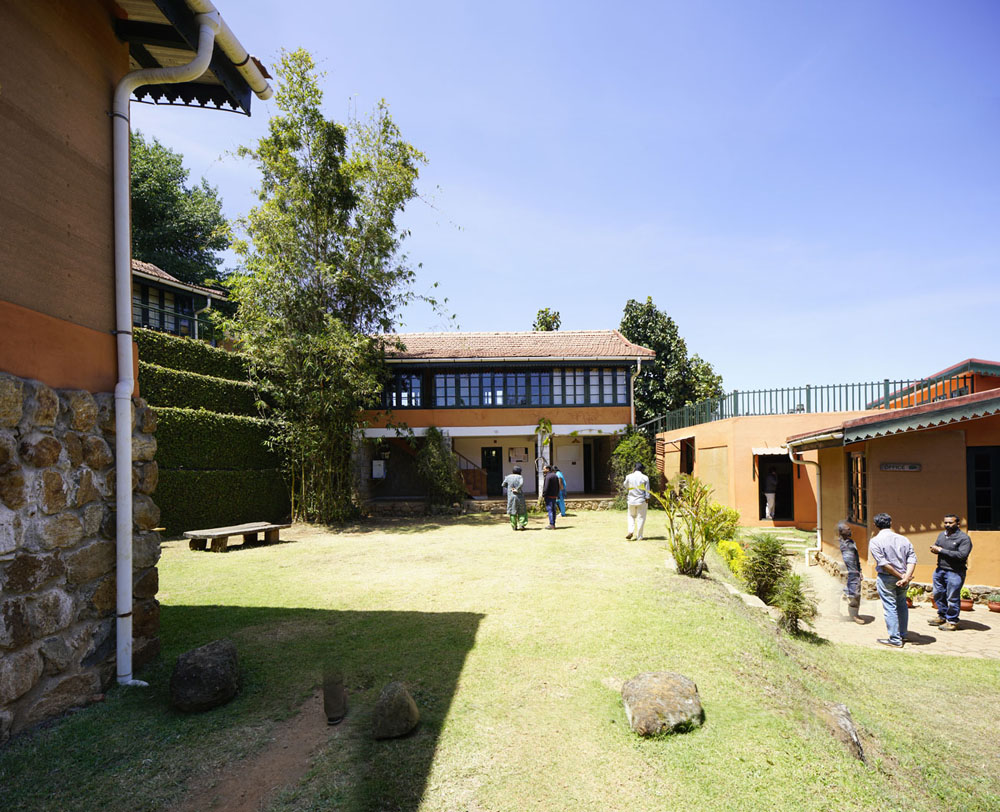 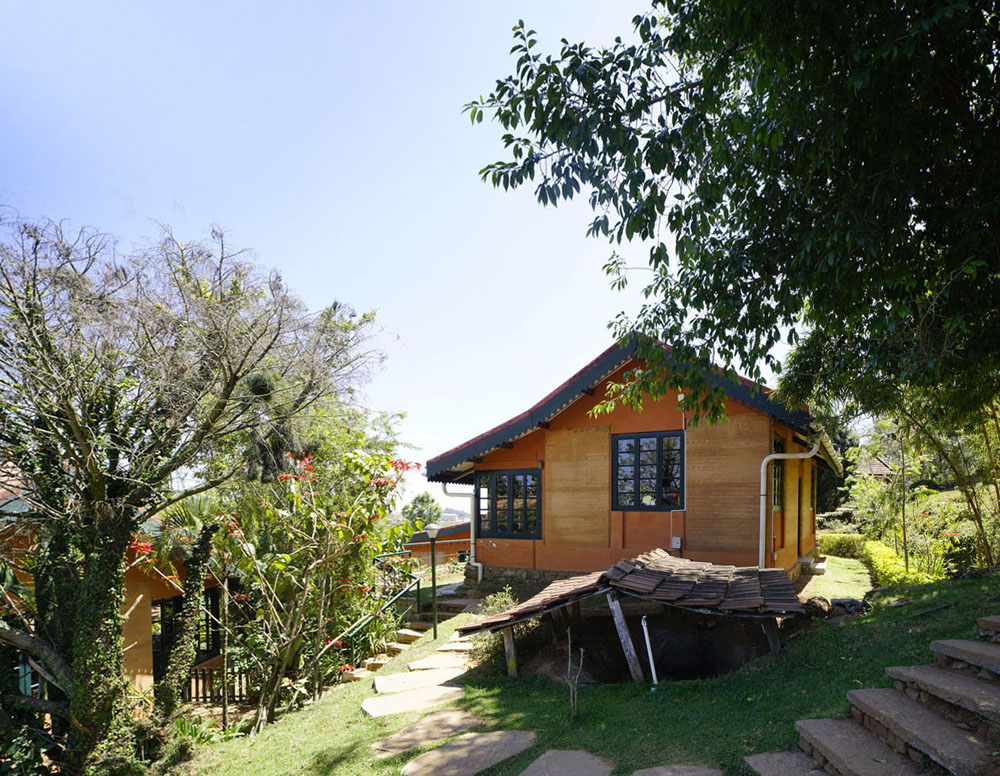 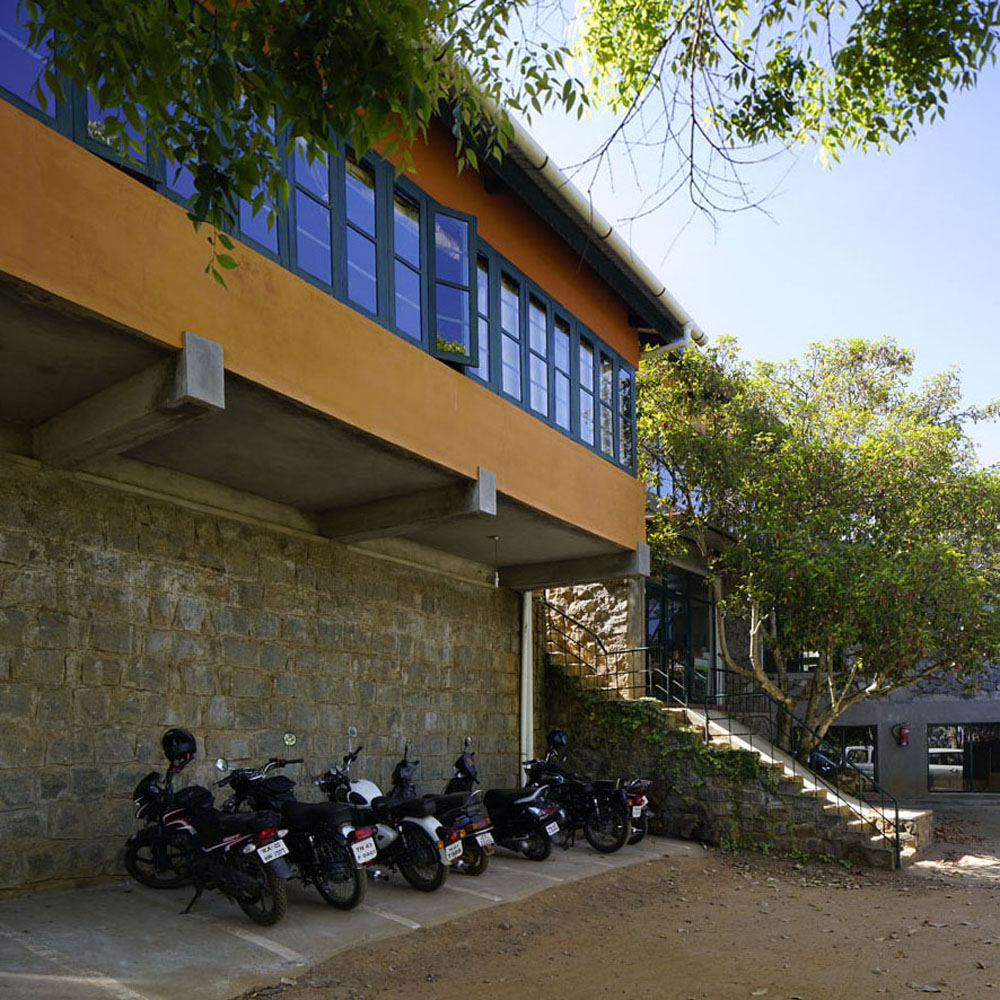 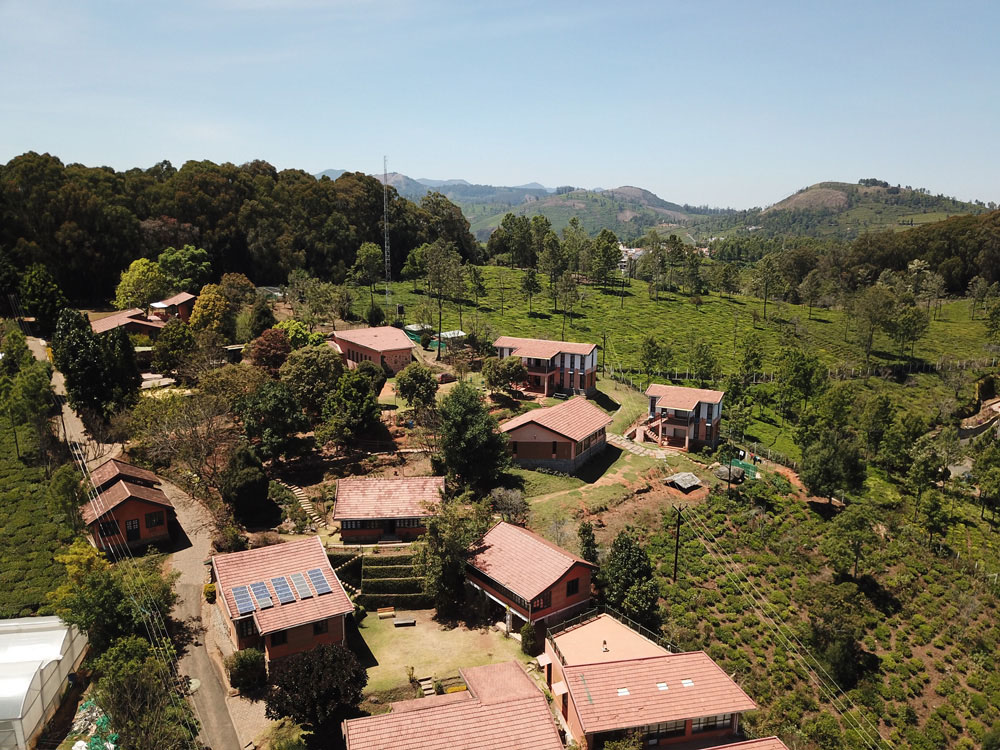 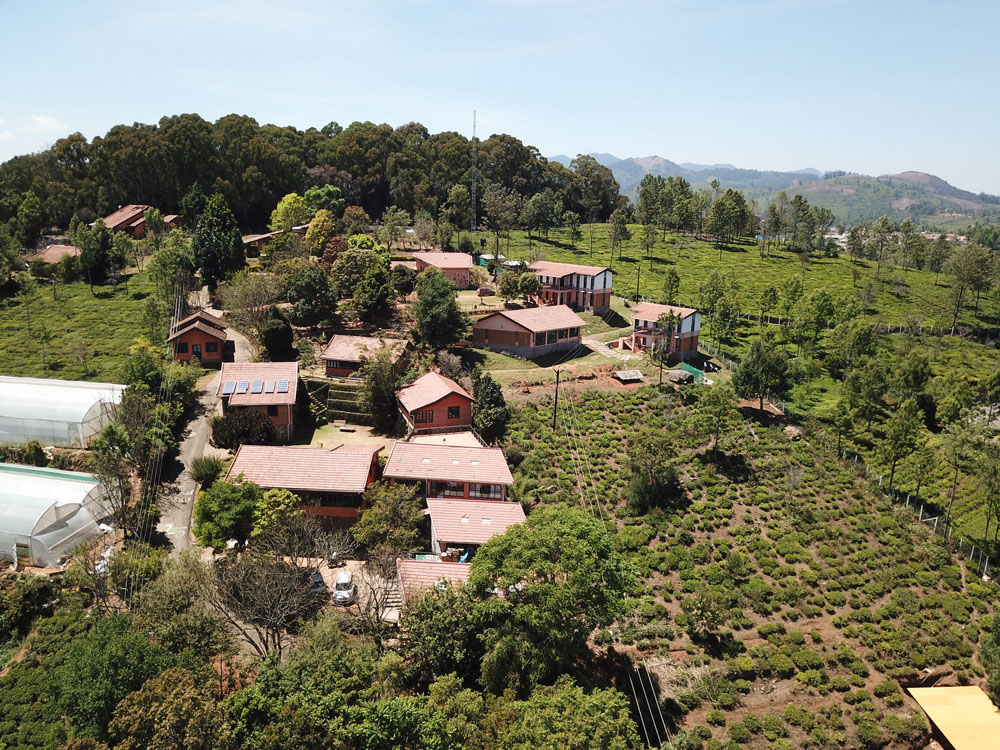 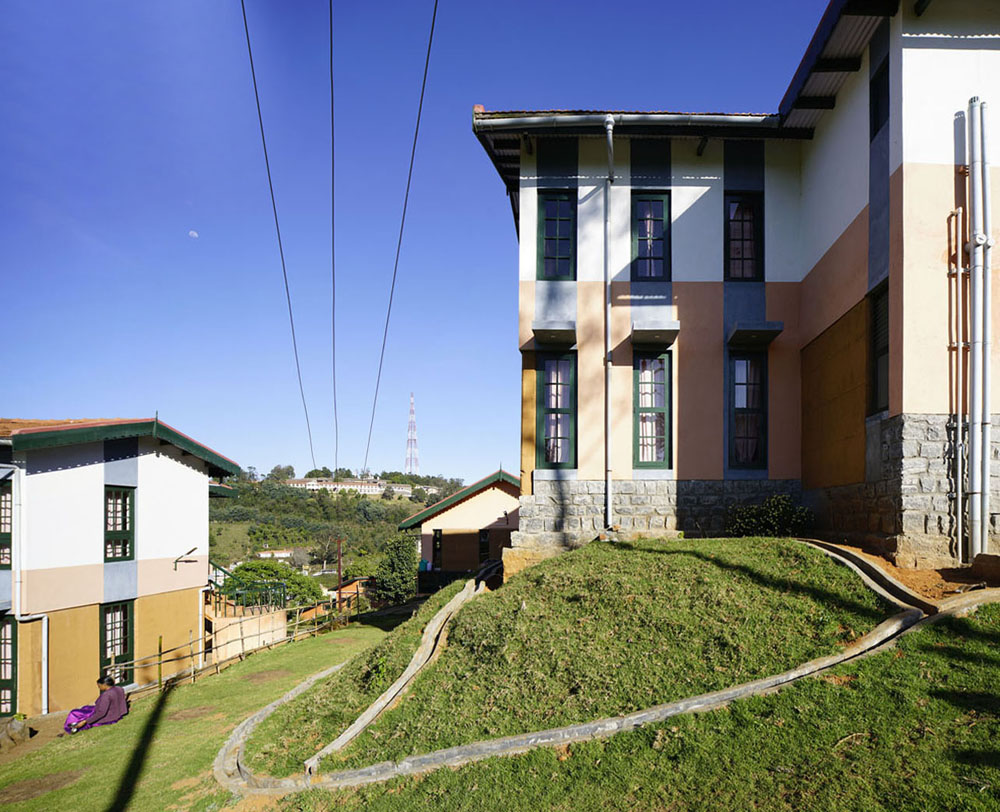 Keystone Foundation´s Campus is located at a very steep hill slope in Kotagiri, Tamil Nadu
among the tea estates of Nilgiri mountains. The campus expanded along with the success of
its activities and growing engagement in the Nilgiri Biosphere Reserve over the last 25 years.
They believe in the mantra “small is effective/small is global”, and currently work in 135
indigenous communities with an estimated number of 15000 individuals. While Keystone’s
focus was initially on poverty alleviation in the honey hunter community, through the dynamics
of honey harvesting and marketing, the organization grew and began to have an impact
outside of the honey hunting community and poverty alleviation. Today, Keystone’s mission
has led it to diversify its programme base to encompass all aspects affecting the wellness of
indigenous communities.


The architecture of the campus began in 2000 with a site plan of small detached buildings to
house what was then called the Mountain Apiculture Centre, the Environmental/educational
development Unit, an Information and Networking Unit to host workshops and meetings, and a
Marketing and Production Unit that sourced and distributed ecological local products like
honey, coffee and pepper. The site of the initial buildings on the very steep but narrow site,
was an opportunity to build a campus of small separate buildings rather than a large
institutional looking one. This strategy gave the campus a ‘non-institutional’ and therefore less
intimidating look and worked successfully in welcoming tribal inhabitants of the region and
integrating into the local context, giving out a strong message of inclusion, and development
with low environmental impact. The buildings were arranged around a central plaza that was
the only flat space already existing on the site.
Buildings were built in rammed earth walls with a 5% of cement added to the onsite soil to
make them water-resistant and withstand the monsoons without requiring regular
maintenance. Foundations and walls up to plinth height, were built with locally sourced stone
masonry, and roofs were built in the traditional system of corrugated sheets over local timber
sections with a second layer of terracotta tiles to provide heating during the cold months. All
buildings were given verandahs with glazed facades, on the south and east orientations to
harvest the sun’s heat for thermal comfort.
Over the years, as the campus activities grew, new buildings like the Tribal Activity Centre
were added higher up on the campus, and a huge facility for Honey and Coffee Processing on
the lower part of the campus. The architects encouraged the clients to position the new large
building compactly in the site through efficiently organizing the large program over the various
levels such that each level looks like an independent ground floor building at its own height.
Thereby, they entirely saved the lower plot owned by the clients across the road, leaving it
unbuilt for vegetation.
Recently, a common dining hall and dormitories and guest facilities have been added on the
adjoining site that was newly acquired. Over the years the architects have also designed
residences for several members of Keystone Foundation who settled in adjoining plots.
The most successful feature is the positioning of buildings in keeping with the slopes so that
despite the compact density of buildings, there is a gradual perception of small building
surfaces appearing one at a time as takes the winding steep paths connecting the buildings.